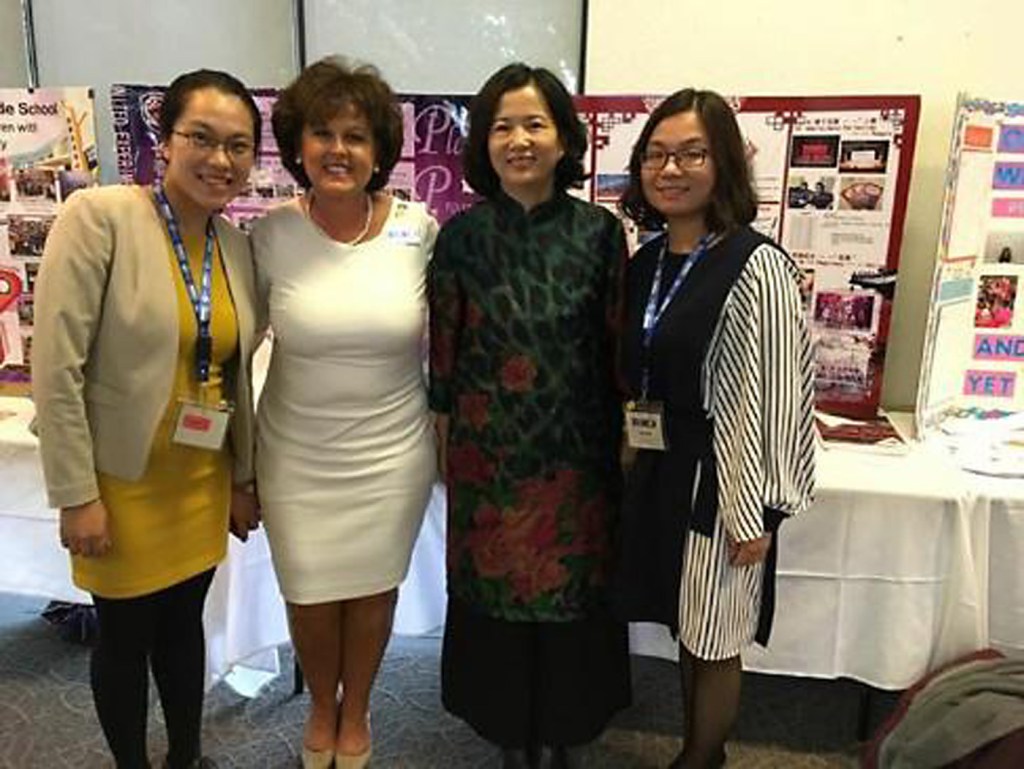 This annual recognition has been presented to a select group of institutions around the world that have been educated in IE tenets and who have created positive educational environments for their stakeholders using Invitational Theory & Practice.

Attending the event was former Jessamine County Schools Superintendent Kathy Fields, who now serves as Executive Director of IAIE. Fields has been involved with invitational education since 1997, and has witnessed the benefits of an intentionally inviting school climate.

“When students feel safe, welcome, and intentionally engaged with teachers and their school administrators, they understand the connection between education and their world,” she said.

“They feel valued and accepted.  They want to come to school. Parents and the community likewise feel connected to the child’s learning, teachers, and administrators. Partnerships form, critical and meaningful conversations are held, and the collaborative outcome benefits all involved.”

The IAIE was founded 35 years ago by 14 educators in the U.S. and Canada. One of the co-founders, William Purkey, has attended the world conference every year.

“Everything you do, you send signals. A signal to the future that you’re able, valuable and responsible,” Purkey said to the audience Wednesday.

Also in attendance were speakers Bill Mitchell, considered one of the top speakers in the world by Dale Carnegie and Associates and  Dr. Ruby Payne, international researcher, speaker and author of the Framework for Understanding Poverty.

Conference events also included performances from the Carlsbad High School Cavemen Marching Band and spirit team along with breakout sessions to discuss partnerships between schools and communities, how to include invitational education in classrooms and how to incorporate career planning and STEM (Science, Technology, Engineering and Mathematics).