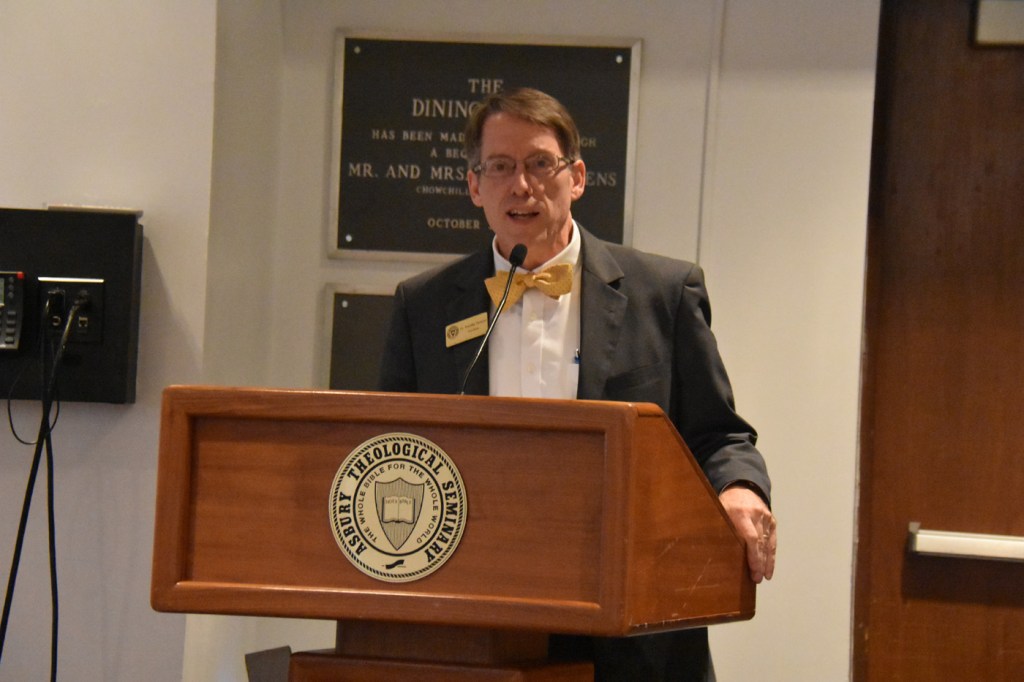 Asbury’s Hundredfold Campaign was created to support a worldwide revival in the preparation of educated, spiritual men and women to carry the message of scripture across the globe. The goal of the campaign is to raise $100 million by the seminary’s 100th birthday in 2023 to fund that revival.

According to the seminary, they already have more than 10,000 alumni serving that duty around the world, and they aim to prepare the next generation. Other initiatives include strengthening a general campaign, equipping 1,000 church planters, renovating Estes Chapel on the Wilmore campus, confirming commitment to urban ministries at the Florida Dunham Campus, developing concentrated master’s programs to serve the Hispanic and other growing populations, increasing student scholarships to help decrease student debt and resourcing clergy and laity around the world.

Today, Asbury Seminary is sitting at $72.7 million of its $100 million Hundredfold goal.

The campaign’s name, “Hundredfold”, comes from the 13th chapter of the book of Matthew in the Bible, and the parable that Jesus tells involving the sower and the seed. Within the next 10 years, the plan is for a large percentage of Asbury’s 1,600-member student body will be involved in what the program calls “church planting.”

Dr. Tennent began his speech by discussing the 500th anniversary of the Protestant Reformation, and its main point of rediscovering the gospel.

“Our righteousness is not something that we can earn,” Tennent said. “We cannot earn our way to heaven and we cannot receive the accreditation of God by any means but by the grace of God.”

He said that part of the message from the graduates around the world is to help communities understand and use the power of God’s love and the death and resurrection of Christ to transform them.

Dr. Tennent talked about the impact of the drug and opioid crisis on Kentucky, and how in 2016, over 66,000 deaths occurred due to drug overdoses in the country. This total, he said, was greater than the number of American lives lost in the Vietnam War.

“We are basically seeing the loss of a generation of people every year in this country,” he said. “As Christians, we believe that the preaching of the gospel, the establishing of whole communities and rebuilding families is really, really crucial to our country’s well-being.”

Therefore, the real root of the Hundredfold Campaign, according to Dr. Tennent, is sowing for a renewal and spiritual awakening in America.

Tennent also said that he was proud to report that this year’s incoming class was the largest in the school’s history — 486 new students. Most will be pastors, he said, but noted the vibrancy of the counseling and mental health programs as well. The student body at the seminary is now at 1,629 students, which is a decade high.

The final topic of discussion at the breakfast was the renovation of the seminary’s famed Estes Chapel. That day was the final chapel service at Estes Chapel, at which he would be preaching a special service before it closed.

“This is a real iconic space for us,” Dr. Tennent said. “Many, many people have been married there, and there is a long waiting list to get married there. It is the center of our campus, and we are a worshiping community.” The chapel will be undergoing a $1.5 million renovation, and then open again next May.

In closing, Tennent said neighbors across the state and county need people of God and goodwill to serve the area in productive ways. Asbury Seminary plans to continue doing its part.