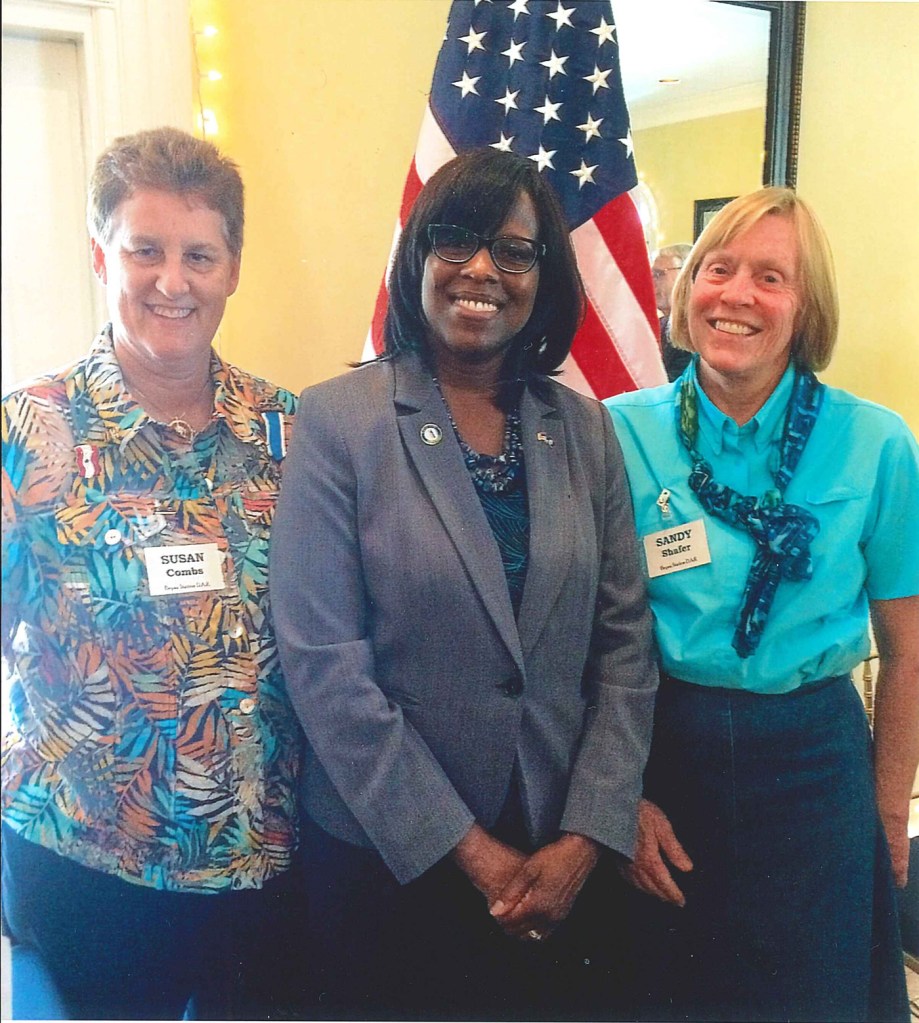 The Bryan Station Chapter of the Daughters of the American Revolution held a meeting on Wednesday, Oct. 4 at Equestrian Clubhouse in Nicholasville. The meeting’s guest speaker was Lt. Gov. Jenean Hampton.

Hampton, who resides with her family in Bowling Green, spoke about serving for seven years in the United States Air Force and being deployed during Operation Desert Storm. She said that in her position as Lt. Gov., she focuses on what she calls ‘the four E’s’: Entrepreneurship, Education, Emergency Preparedness and serving as an Example.

Throughout her speech, Hampton stressed the importance of making each day count. The two main questions that she posed to the group to consider were ‘what will people know about us?’ and ‘what footprints do we leave on Earth during our lifetimes?’

Hampton described how she has always revered the U.S. Constitution, a document that she said resulted from much work and debate among the early colonists. She emphasized to everyone her love for America, appreciation for the opportunities it offers its citizens and her respect for the flag.