Sheriff Corman remains on KSA board 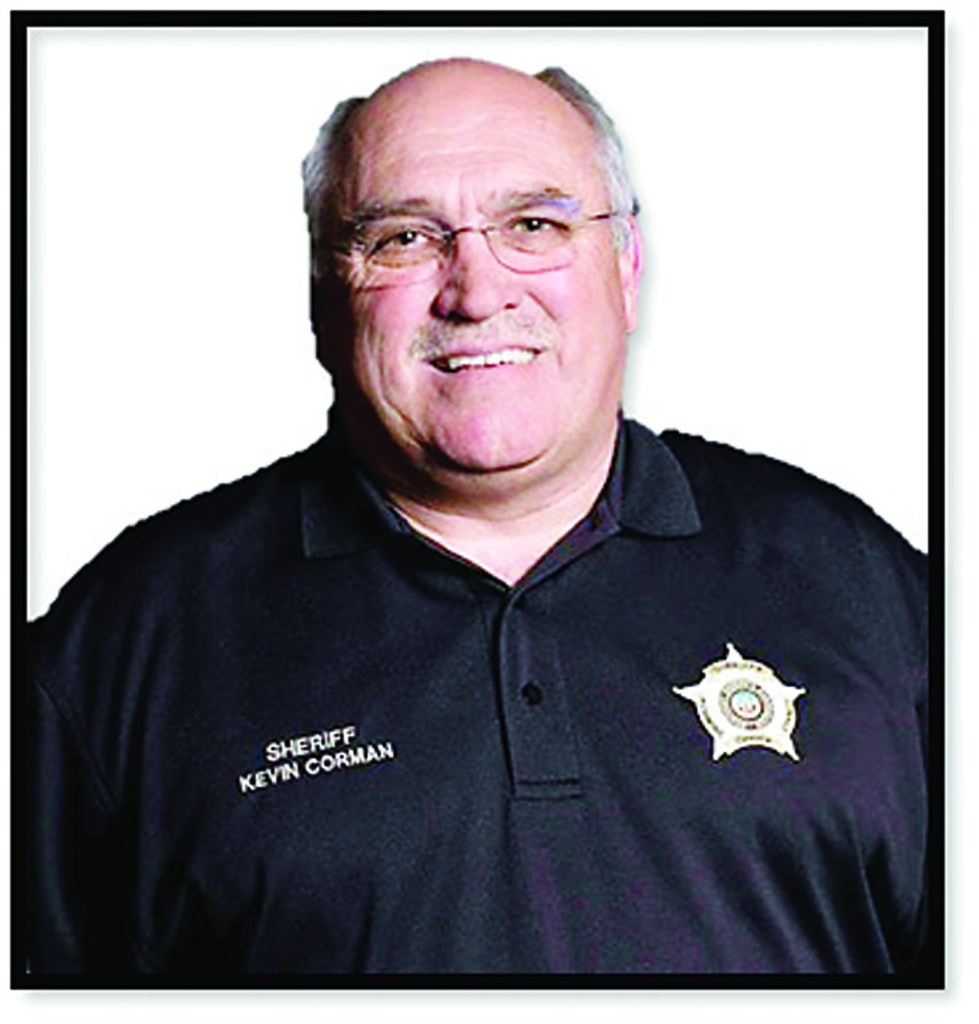 Jessamine County Sheriff Kevin Corman will continue serving on the Board of Directors for the Kentucky Sheriff’s Association in 2018.

The announcement was made by Jerry Wagner, executive director of the Kentucky Sheriff’s Association, following the KSA’s 88th annual conference in Bowling Green, which took place on Sept. 10-15.

According to the KSA, more than 100 sheriffs attended the event, with more than 150 sheriffs and deputies participating in 40 hours of training.

“It is both an honor and a privilege to work with the Kentucky Sheriff’s Association. Sheriff Corman is most deserving and has always represented Kentucky Sheriffs in a positive manner. I fell sure he will continue to stand for Kentucky Sheriffs, along with the citizens of Jessamine County and the Commonwealth during his tenure,” Wagner said in a press release.

“The KSA strives to better the Office of Sheriff by keeping sheriffs abreast of what is going on in the law enforcement community with ongoing training and legislation, which helps in serving Kentucky’s citizens,” he said.

Though he was elected as Jessamine County’s Sheriff in 2007, Corman said that he has been active in the KSA since 2000. He was asked to join its board of directors in 2009, and has since served as its sergeant at arms, third, second and first vice president and president. He is currently the immediate past president of the board.

“What I get is a cross-section of training and talking with sheriff’s offices both large and small around the state about technology, legislation, transports, tax collection and everything associated with the responsibilities of a sheriff’s office,” Corman said.

In comparison to other offices in the state, Corman described his own as a standalone office that is just large enough to provide all necessary services within the county mandated by statute.

“We’re tax collectors first,” he said. “If we don’t have time to do anything, we’re still charged with collecting the property tax. Second of all, we are charged with providing court security. Those are at the top of our responsibilities.”

Corman said that part of his duties within the KSA is to talk with other sheriff’s offices and help coordinate more efficiency across the board between larger counties and smaller ones who have less manpower or have no county jails. One of his goals as president has been creating a database to track where prisoners are held in an effort to streamline transporting between agencies.

“Figuring out a way for offices to work together has been one thing that I’ve accomplished as president,” he said.

The other accomplishment he hopes to complete in his tenure is a pawn shop bill that will require pawn shops in the state to collaborate with law enforcement in monitoring the pawning of stolen items, as well as suspiciously frequent activity by individuals. The program has been very successful thus far in the local region.

“I have been both honored and humbled to be asked and to serve and be elected on the Kentucky Sheriff’s Association Board of Directors, and to be a part of doing whatever we can do to help sheriff’s offices across the state,” he said.