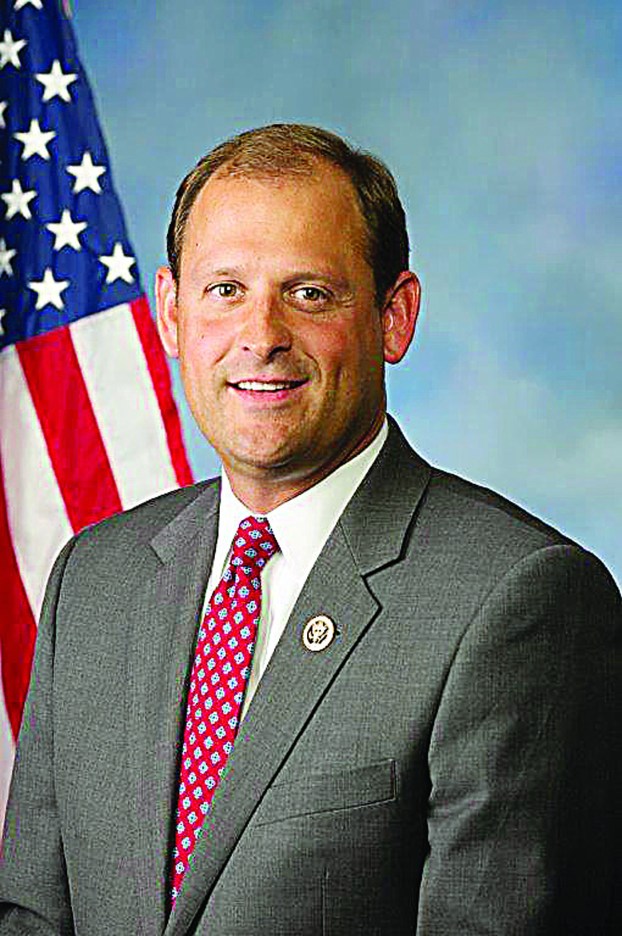 If Congressman Andy Barr, R-Lexington, has his way, one of Jessamine County’s most historical, beloved and hallowed sites may soon be part of the National Parks system.

“The people of Jessamine County have been talking to me since I was first elected to Congress about this treasure that we have here in the county – Camp Nelson,” Barr told the Jessamine Journal. “Camp Nelson, of course, received a National Historic Landmark designation, as it should have, as it holds enormous historical significance. Not just in Civil War history, but as part of African-American history as part of the Underground Railroad.”

Barr said he was drawn to the history when he learned that the Emancipation Proclamation did not apply to Kentucky since the state was not officially part of the Confederacy. This meant that slaves in the state could only attain freedom by leaving the state or enlisting into the Army of Ohio at Camp Nelson.

Barr said this is why he and Ohio Congresswoman Marcia Fudge, D-Warrensville Heights, are co-sponsoring legislation to have the U.S. Department of the Interior include the site as part of the National Parks system.

“She co-sponsored a bill with me that we introduced together, the Camp Nelson National Park Act, that would commission a study to determine whether or not we could integrate Camp Nelson into the national park system.” He said that the bill was introduced two summers ago, and reintroduced to this Congress.

Barr said that the process of getting a site designated as a national park was long and cumbersome, consisting of passing a bill to commission a study, conducting the study, receiving a favorable recommendation, acquiring funding, then attaining the vote from Congress to integrate the site into the national park system. In an effort to bypass a few steps, he took the matter to colleague Ryan Zinke, U.S. Interior Secretary, as part of the Underground Railroad and the Interior Department’s Public Lands Program.

Barr said that his staff has been working with the Dept. of Interior’s office, and has enlisted the support of the local government and community, as well as the National Association for the Advancement of Colored People, the National Urban League of Lexington and Central Kentucy, Gov. Matt Bevin, Sen. Mitch McConnell and other members of the Congressional delegation, the Kentucky Tourism Cabinet and the Kentucky Humanities Council.

“We put that all together into a portfolio for the Dept. of Interior’s consideration for integration into the national monument system, and we just found out that Sec. Zinke made a recommendation to the president to incorporate Camp Nelson into that system to be designated a national monument.”

He said the recommendation is now on President Trump’s desk.

While the designation has not been made, he is hopeful for the outcome despite two other sites across the nation competing for the same designation. He feels that Camp Nelson’s chances are enhanced by the same report from Sec. Zinke recommending to the president that he de-designate some of the national monuments that were chosen by last administration that were not fit candidates under the criteria.

“If the president de-designates land out west, he could swap it for a more appropriate site with actual historic significance like at Camp Nelson.”

Barr said that he wants to see the site awarded the designation so that people from around the country will learn of Camp Nelson and the role that it played in the country’s history and in the history of African-Americans in the area.

“I want people from all across the country to learn about what happened in Jessamine County in the 1860s, and why that matters,” he said.

On an exceedingly hot but beautiful September Sunday, a hilltop gathering sits quietly in folding chairs, awaiting the beginning of... read more