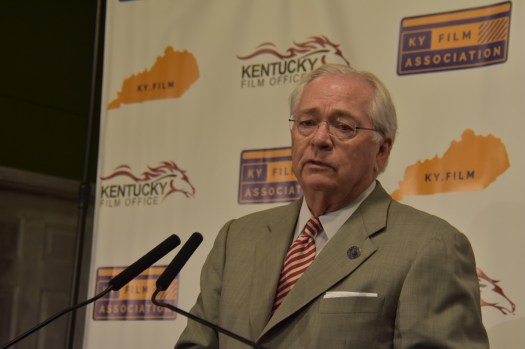 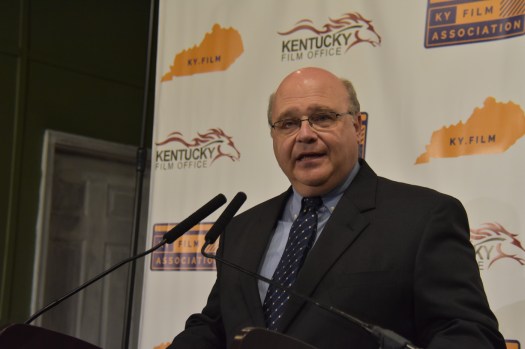 As the industry of film and related media grows in the state, Asbury University is taking a proactive approach with a new workforce development initiative to help fill the jobs created with industry-aspiring grads.

“Asbury University is delighted to work with the Kentucky Film Office and the Kentucky Film Association to offer a certification program that we believe will develop a workforce that will support the growing demand for film personnel in our state,” said Dr. Jim Owens, Dean of the Asbury’s School of Communication Arts and professor of media communication.

The Kentucky Film Certification Program was described as offering education via ten certification tracks in several film-specific areas, including audio, camera, grip, electric, production, set construction, logistics and others. Dr. Owens said that the certification process consisted of two steps: online courses taught by industry professionals in Hollywood and a hands-on workshop led by leading industry professionals that can be offered anywhere in the state.

The Advanced Certification, achieved after students have worked on at least five professional productions, declares that the person has both training and experience in Kentucky Entertainment Industry databases.

“The goal here is that incoming filmmakers will be able to identify certified personnel, which would make them the most obvious for hire,” Dr. Owens said. He said that the training was meant to be a supplement to the education program already offered at the school, and for the certification to come as affordable as possible.

“We are excited about this workforce initiative,” Dr. Owens said. “We believe that it will build a skilled crew base that is needed for both the current and future demand of this ever-expanding industry in our state.”

“The film industry continues to grow in our state,” Sec. Parkinson told those in attendance. “We need a certification program to get more people employed in the industry.”

Parkinson said that the film industry in the state needs incentives, more crew and studios to be competitive with other states for the projects and the revenue. He said that in the past 18 months, 36 movies have been made in the state, and 136 films have now been approved to be made in Kentucky.

“We know that for 136 movies, the arithmetic is like this: 30 employees per film would mean 4,000 jobs if everything got shot,” Sec. Parkinson said. “We know that’s not going to happen, but we need another 700 people working in film over the next couple of years.”

“Asbury University is pleased to partner with the Kentucky Film Office in furthering the education of students and workers across the Commonwealth,” said Dr. Sandra Gray, President of Asbury University in a press release. “Our nationally-recognized media communication undergraduate and graduate programs, along with the newly-launched Kentucky Film Certification course, will allow current college students, working professionals and unemployed citizens the opportunity to obtain training and credentials needed to enter the film industry workforce. I applaud the cooperative efforts represented by this statewide education initiative.”

The Kentucky Film Certification Program is facilitated by Asbury University, which currently offers online Master’s Degree programs in Film and Television Production, Screenwriting and Digital Storytelling. According to the university, its graduates have worked on over 230 theatrically-released films that have received over 90 Academy Award nominations, and more than 480 different network television productions that have garnered more than 130 Emmy Awards.