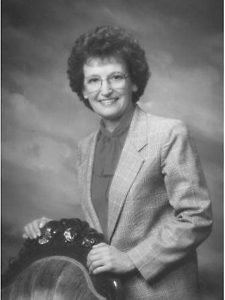 Beverly Harman Stevens, age 90, surrounded by her children, went to be with her Lord on Tuesday, Sept. 5 2017.

She was born in Dayton, Pa. on Feb. 25, 1927, the third child of Grace and Charles Spurgeon Harman. A 1948 graduate of Asbury College, Beverly was married to Maurice W. Stevens, a pastor and conference evangelist with the United Methodist Church of Kentucky.

A loving wife and mother, she taught in the Jessamine County Schools District for 10 years, after which she traveled extensively with Maurice ministering in short-term mission work. She had a special love for the ministry of her friends, John and Theba Gollapalli, to tribal and orphan children in India. She and her husband founded Missionary World Service and Evangelism (now Go International), a non-profit mission organization for short-term volunteers. Beverly served there until her retirement.

In 1994, Beverly authored a book of her personal experiences in ministry called Passport to Joy. She was a member of the Nicholasville United Methodist Church at the time of her death. She is survived by her three children, six grandchildren and 11 great-grandchildren.

A memorial service will be held at the Nicholasville United Methodist Church on Nov. 11, 2017. The family extends special thanks to the staff at The Willows at Fitz Farm for their special care and love extended to our mother in her last days. In lieu of flowers, contributions are suggested to: Global Impact Missions, P.O. Box 23074, Lexington, Ky. 40523 or www.globalimpactmissions. org for “Count Ministries of Hyderabad, India.”

Ronald was born in Georgetown, Ky. on Nov. 22, 1956 to Billy Joe Duncan and Coraine Vance Bruner.

Hager & Cundiff was honored to serve the family of Carole Crump of Lancaster, wife of Joe, mother of Angelia, loving grandmother, sister and friend.