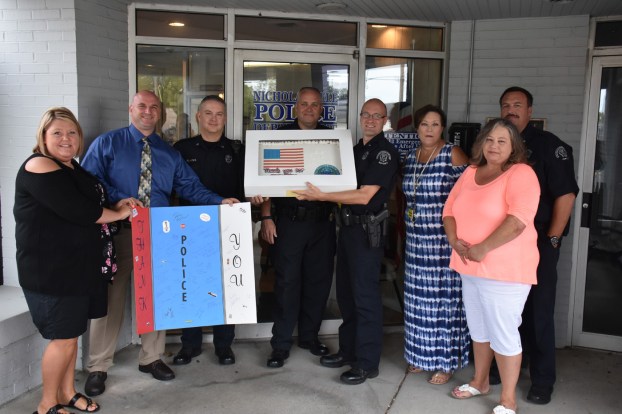 For the 16th year, Nicholasville’s first responders had their Patriot Day kick off to a sweet start courtesy of the local Cash Express.

Garry McNabb, CEO of Cash Express, LLC, said in a press release that though he was not familiar with the term ‘first responder’ before Sept. 11, 2001, the term is an accurate representation of the responsibilities taken on by those public servants.

“They are people willing to respond without question or hesitation when our community needs them,” McNabb said. “Men and women willing to make someone else’s emergency or crisis their own and to put their lives on the line doing it. If that doesn’t deserve our respect, nothing does.”

He feels that offering the cakes is his company’s way of showing their appreciation to first responders, and a way to encourage others in the community to become involved as well.

“It’s a simple but meaningful way to say ‘thank you, first responders.’ We salute you,” he said.