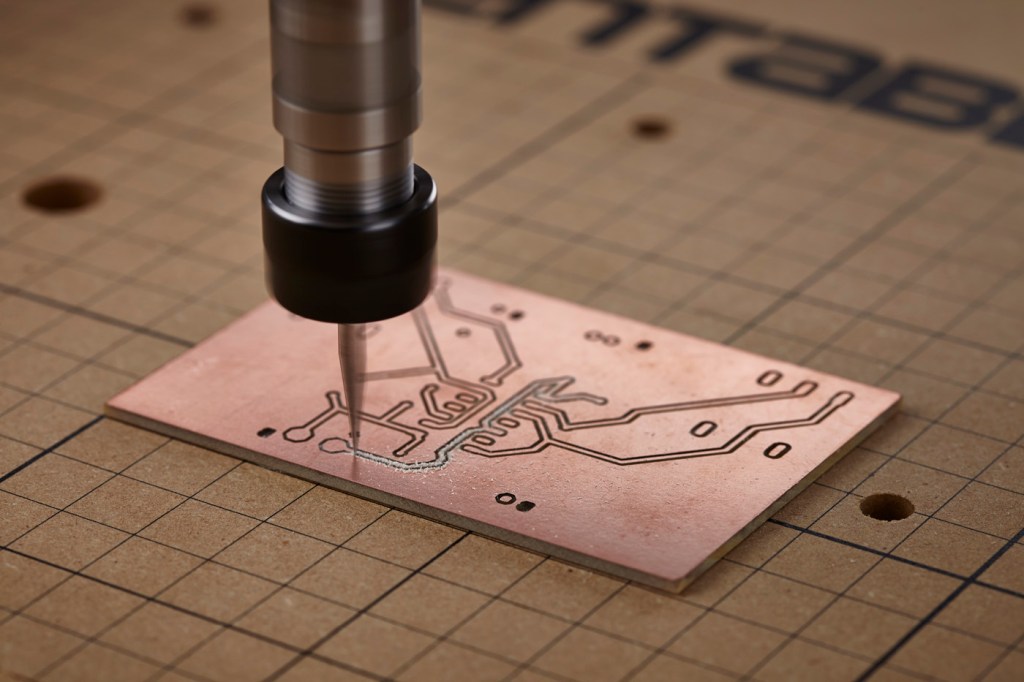 The carving machine was created by the company Inventables to make 3D carving more accessible to the public, Zach Kaplan, founder, and CEO of Inventables said.

In the past, libraries were places where books, which used to be very expensive, were made available for those who couldn’t afford them. Now, Kaplan said libraries can continue that service by looking into what they could offer next with technological advancements such as 3D printers and laser cutters.

“We view your library as being on the forefront of this movement,” Kaplan said of the Jessamine County Library.

He said he hopes to give students the opportunity to learn 21st-century skills rather than 20th-century skills, meaning rather than creating products manually by hand, thinking more digitally through design, engineering and problem-solving. This way, students will have these skills before they get to college and adults and entrepreneurs can do prototyping and help advance or start a business from the chairs behind a library computer.

The Carvey, which costs around $2,500, can create items such as cutting boards, chess and checker boards, parts for robots, signs and even parts to make a guitar.

The time it takes to make objects varies based on the complexity of the design and the size. Kaplan said it can take around three minutes to make something as small as a fidget spinner.

The software to use Carvey can be found for free at Easel.com. There, users can find tools that will allow them to design their own product by importing or scanning it into the software.

Users can log in on Easel, create a free account and choose a design, then begin carving by logging into their email on the library’s computer.

The Carvey will add another layer of technology to the library’s ever-growing Creative Space, which currently features a laser cutter, a floor drill press, a mechanic’s vise, a Janome Jem Gold Sewing Machine and 3D printers.

“A 3D printer basically prints layer by layer, so it starts with nothing and prints up until you have an object,” Kaplan said. “But 3D carvers start with a block of material and then carve your design onto the material. The benefit of that is is that you can use more interesting and more versatile material.”

Materials that can be used vary from wood, plastic, metal or cork.

The Jessamine County Library will offer the machine as well as 1/4 and 1/8 inch bits. Library-goers must bring their own materials and bits of other sizes. Bits can range from around $3 to $58, depending on the size and the type of cutting a user wishes to do.

Technology Librarian David Powell said the Carvey is just a stepping stone to the library potentially getting the 3D carver’s larger counterpart, the X-Carve, which is what library patrons have been requesting. Powell said the goal is to get the X-Carve sometime in October.

“We have a lot of customers who would like to come in and do some wood working type things with a machine that hooks up to a computer,” Powell said. “I think it just falls in line with our 3D printers, our laser cutter and some other projects that were exploring possibly getting later on.”

He said technological suggestions from those who visit the Jessamine County Public Library are welcomed.

“We’re open to all ideas, we just want to make sure it’s easy to learn, easy and safe to use for the most part and affordable,” Powell said.