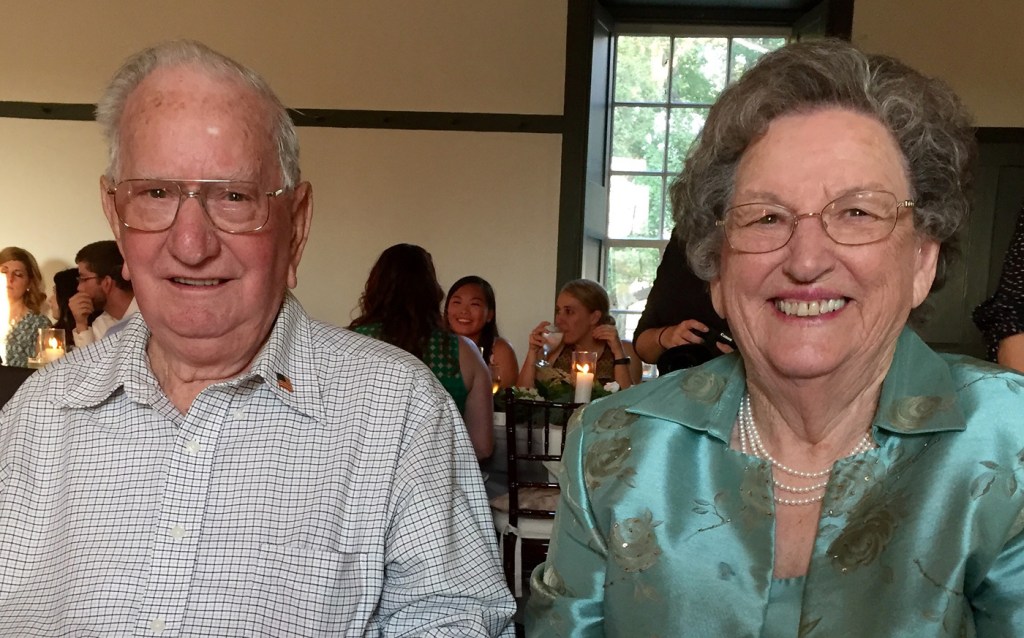 Ben and Elizabeth Dye will celebrate their 75th wedding anniversary on August 25, 2017.

The two were neighbors in Trosper, Ky. when they married days before Ben left to battle in WWII. Ben ended his career as a machinist and a wood worker, who provided his children with precious heirlooms. Elizabeth earned a Bachelor of Science and taught elementary school, starting in a two room school in Kentucky then the final 25 years in Minnesota. After retirement, they returned to their beloved home state and have been Nicholasville residents since 1982.

They have four children, 12 grandchildren and 18 great-grandchildren. This picture was taken in October 2016, which demonstrates how the joy of love and devoted Christians has kept them so youthful.