Cynthia Lynn Rothgeb Falin, 65, passed Monday. Graveside service will be at 5 p.m. on Thursday at the Wilmore Cemetery. Betts & West Funeral Home in charge of arrangements.

William R. “Rice” Stinnett, 76, born August 11, 1941, passed away to his eternal rest on Friday, August 18, 2017. He was a retired horse farm hand, having worked on many of the horse farms in the area, including Taylor Made Farm. Rice was a Member of Roberts Chapel United Methodist Church. He is survived by a sister, Anna Louise Graham, and a host of nieces and nephews. He was preceded in death by his son, Billy Stinnett, his parents, Johnnie Luther (Pap Johnnie) Stinnett and Josephine Grant Stinnett, along with his sisters, Ozella Underwood, Jewell East, Opal Durham and Rena Morris, and brothers, Brutus Stinnett and Vernon Stinnett. Funeral Services will be 1 p.m. on Wednesday, at Betts & West Funeral Home with Rev. John Gillispie officiating. Interment will be in Maple Grove Cemetery. Pallbearers will be Ron Graham Sr., Ron Graham Jr., Brian Granger, Martin East, Roy Stinnett, Bill Stinnett, Danny Vineyard and Sheldon Baker. Visitation will be on Wednesday from 11 a.m. until time of service at the funeral home. Contributions are suggested to Manna Meals Ministry at Nicholasville United Methodist Church.

Mason Morgan Routt, 36, husband of Kenna Struble Routt and father of Thomas William Routt and Samuel Morgan Routt, of Avenue of the Champions died unexpectedly at his home.

He was Founder of CAL Laboratory and a Graduate of West Jessamine County High School (1999) and University of Kentucky (2007).

Mason was preceded in death by a brother, Thomas Monroe Routt. Funeral services will be 3:30 p.m. on Wednesday, August 23, 2017 at Betts & West Funeral Home with Rev. Ed Love officiating. A private burial service will follow in the Routt Family Cemetery. Visitation will be from 4 to 8 p.m. on Tuesday at Betts and West Funeral Home. 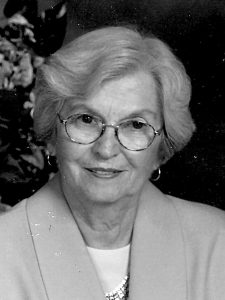 The last child of late William Huston and Nora Ellen Reynolds Richardson entered into eternal rest on Saturday, August 19.  Kate Elizabeth Blakeman, 91, was the widow of Harry Lowery since 1966 and Curtis Blakeman since 1998.

She was a native of Barren County, born Nov. 1, 1925.  Kate had been a resident of Northpoint Health Care Center for the last few years.  She was the owner of Kate’s Beauty Shop in Nicholasville for many years after graduating from Kaufman Beauty School and a retired school bus driver for the Jessamine County Board of Education. She was a member the Quilting Club and made many beautiful quilts for her family, especially her great grandchildren as they came into her life.

Kate was a member of the Edgewood Baptist Church and the Circle 3 at the Nicholasville Christian Church.  She had a passion for fishing, spending many hours on the lake and camping.  Being an avid homemaker and gardener, she loved helping her family by raising a huge garden and delivering vegetables to them, canning, and freezing treats of fruit for their snacks.  She was always willing to lend a hand to help out when needed or just as a surprise for them.

In addition to her grandson Brandon Ogden, she was preceded in death by brothers Marvin, Frank and Huston, Jr. Richardson and a sister Ann Land.    A Remembrance Service will be held 11 a.m. Thursday, Aug. 24, at Hager & Cundiff Funeral Home. She will be laid to rest beside her fishing and gardening partner Curtis Blakeman in Maple Grove Cemetery.

Honoring her as pallbearers will be Ryan Cabassa, Preston, Jon Scott, Rachael and Grace Ogden and Josh Whitehead. Honorary bearers will be Arnold Johnson and the Lamp Lighter Sunday School Class. Her family received friends starting 4 p.m. and ending at 8 p.m. on Wednesday, Aug. 23, at the funeral home.  Donations may be made in her memory to the Edgewood Baptist Church or the Alzheimers Association. Hager & Cundiff Funeral Home is honored to serve Kate’s family. 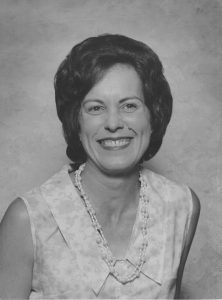 Glenna Faye Wilson King, 84, wife of Harold L. King, died Tuesday. She was born in Berea, Kentucky on January 15, 1933 to Brian and Bertha Fowler Wilson. Glenna attended Nicholasville Baptist Church and was retired from GTE Yellow Pages. Additional survivors include three sons, Philip, Alan and Glenn Asher a daughter, Vera Meredith a step-daughter, Vickie LaFeuille and numerous other family members. Services will be at 2 p.m. on Friday at Betts & West Funeral Home. Burial will follow in Bluegrass Memorial Gardens. Visitation will be from 4 to 8 p.m. on Thursday at the funeral home. Donations to Salvation Army.