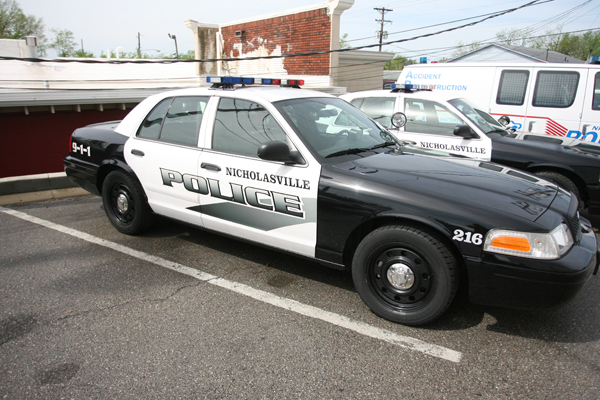 Reports coming in from around the country of carbon monoxide fumes making their way into Ford Explorer sports utility vehicles have led the Nicholasville Police Department to take preemptive action to protect its officers.

According to Public Kevin Grimes, information officer with the NPD, the department just found out about the issues in the last few weeks, and took a proactive approach to the potential problem.

“We decided to jump on board with what other agencies were doing, and that is to take care of the officers,” Grimes said. “Because you know, this is their office. They spend anywhere from eight to ten hours a day in that car, so we didn’t want to take a chance on anything happening where any officer could be potentially injured.”

Across the country, the Ford Explorers have become more commonly used by law enforcement agencies. Grimes said that Nicholasville has about 25 of the vehicles in its fleet, and although his department has experienced no issues yet with officers reporting feeling ill, detectors were installed in the vehicles.

“We haven’t had any reports of any issues, but we have equipped each one of those Ford Explorers with a carbon monoxide detector,” he said.

The carbon monoxide detectors that were installed give audible alerts when fumes are present. This is especially important when dealing with the gas, because as Grimes points out, if an officer were subjected to excessive fumes inside the vehicle, they wouldn’t know.

He said that the issues with carbon monoxide fume leakage were not restricted just to the models that are modified for law enforcement use, but also to civilian models as well.

According to the U.S. National Highway Traffic Safety Administration, they are aware of more than 2,700 complaints that could be linked to exhaust orders and possible exposure to carbon monoxide, as well as 41 injuries stemming from both police and civilian models of the Ford Explorer in the production years of 2011-2017

“The best thing we could think of was to err on the side of good faith to protect our officers,” Grimes said.

Bevin leaves a message of hope on rock in Jessamine