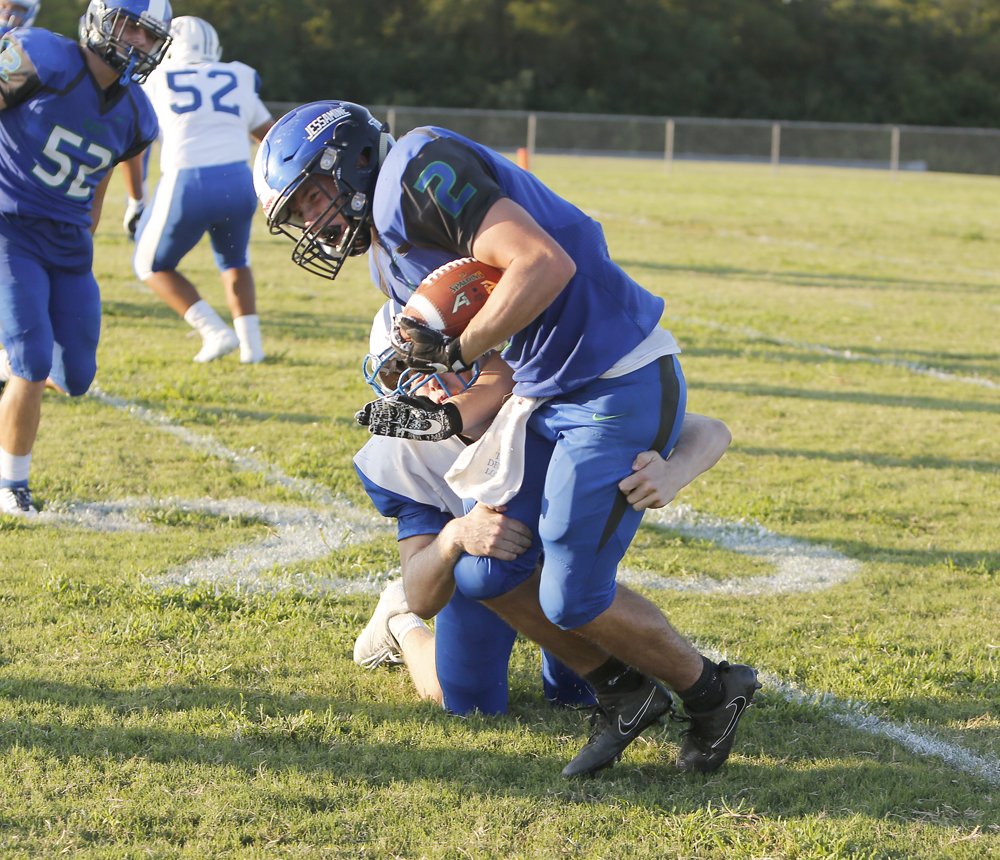 East Jessamine surrendered 29 unanswered points after scoring on its first two possessions of the season and fell 43-20 to Walton-Verona on Friday night in the VisitNich.com Bowl at East Jessamine.

The host Jaguars led 14-0 just over eight minutes into the game, but they didn’t score again until the closing minutes of the third quarter as they dropped to 2-4-1 in the season-opening bowl.

Walton-Verona scored three times in less than five minutes in the second quarter to lead 15-14 at halftime, and the Bearcats scored on their first four possessions of the second half to put the game away.

Storm Wilson, who was named East’s most valuable player of the game, ended the Jaguars’ scoring drought with a 58-yard touchdown run that pulled them within 29-20 before Walton-Verona tacked on two fourth-quarter scores. Wilson rushed for 73 yards and Connor Hearn ran for 38 for East.

Micah Alford ran for a game-high 96 yards for Walton-Verona, which outgained East 371 yards to 191.