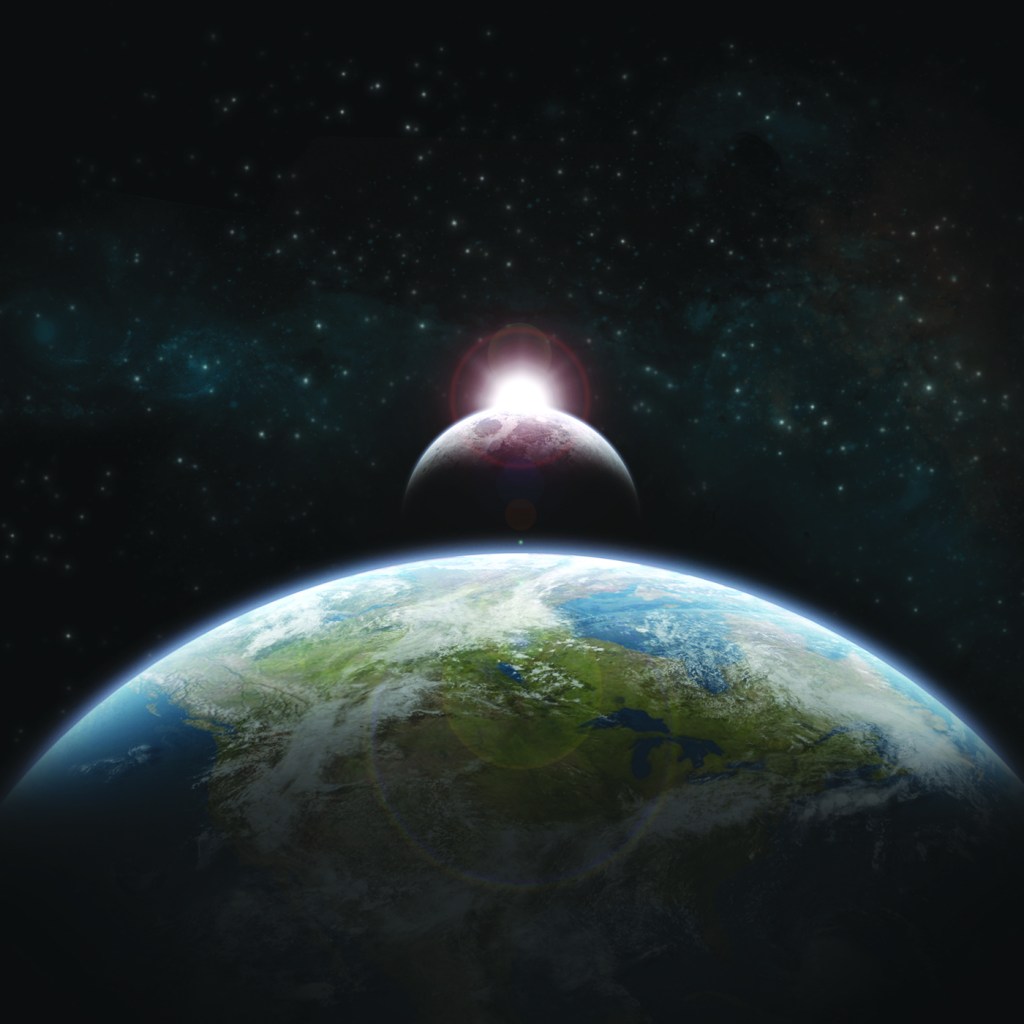 It’s not very often we get the urge to stare directly at the sun, but on Monday many community members may find themselves tempted to do just that.

For the first time since 1991, an estimated 391 million United States residents will be able to view a total solar eclipse in partial or total form, according to NASA.

Solar and lunar eclipses occur when the earth, sun and the moon align.

Though the total eclipse will not be visible in Jessamine County — it will be visible in Paducah — residents will still be able to enjoy the excitement of a partial eclipse.

During this time, several places in Jessamine County will be hosting viewing parties.

Jessamine County Public Library will show two hours of NASA Television’s show, “Eclipse Across America: Through the Eyes of NASA,” with unprecedented live video of the celestial event from 1 to 3 p.m.

The Wilmore Senior Community Center will host a live stream of “The Great American Eclipse” at 2 p.m.

The team will launch an eight-foot-tall, high-altitude, helium-filled balloon as part of a nationwide, NASA-sponsored project to live-stream aerial video footage of the “Great American Eclipse.”

The balloon will carry a video camera and other equipment to an altitude of up to 100,000 feet, at approximately 12:03 p.m. Central Time from the Challenger Center at West Kentucky Community and Technical College (WCTC) in Paducah. Live footage from the camera will be available for public viewing on NASA’s website, http://nasa.gov.

The NASA-sponsored project, which is led by the Montana Space Grant Consortium at Montana State University, has been years in the making. According to MSGC Director Angela Des Jardins, the project marks the first time that high-altitude video footage of a total solar eclipse will be broadcast live.

In addition to a video camera, the team’s balloon will carry a GPS tracking system, a camera to capture still images of the eclipse, and instruments that measure temperature, pressure, altitude, and ultraviolet radiation. Once the eclipse has passed, the balloon will burst and the payloads will parachute to Earth.

The videos and images will be available at www.bctchab.org/ following the eclipse.

The Jessamine County School Board joined several other districts in Kentucky and unanimously voted to cancel school on Monday, Aug. 21, for safety reasons.

The only time it is safe to look directly at the sun is during the brief total phase of a solar eclipse — which will not be seen in Jessamine County, meaning viewers need to take proper safety measures to protect their eyes.

According to NASA, the only safe way to look directly at the uneclipsed or partially-eclipsed sun is through special-purpose solar filters, such as “eclipse glasses” or hand-held solar viewers.

“People should never look directly at the sun without proper eye protection, as the sun can seriously injure your eyes, causing permanent untreatable retinal damage,” said Dr. John Musick, local optometrist at Dr. Ditto and Musick Eye Care Center and Jessamine County Board of Health, in a press release from the Jessamine County Health Department. “This occurs due to excessive exposure to high levels of visible light as well as both ultraviolet (UV) and infrared light.”

Homemade filters or ordinary sunglasses, even very dark ones, are not safe for looking at the sun. Eclipse glasses and handheld solar viewers need to be compliant with the ISO 12312-2 international safety standard. Visit eclipse.aas.org/resources/solar-filters to find a list of vendors whose eclipse filters have been tested.

Other safety tips provided by NASA include:

• Always inspect your solar filter before use; if scratched or damaged, discard it. Read and follow any instructions printed on or packaged with the filter.

• Do not look at the uneclipsed or partially-eclipsed sun through an unfiltered camera, telescope, binoculars, or other optical devices.

• Similarly, do not look at the sun through a camera, a telescope, binoculars, or any other optical device while using your eclipse glasses or hand-held solar viewer — the concentrated solar rays will damage the filter and enter your eye(s), causing serious injury.

• Remove your solar filter only when the moon completely covers the sun’s face and it suddenly gets dark. Then, as soon as the sun begins to reappear, replace your solar viewer to look at the remaining partial phases.

• If you normally wear eyeglasses, keep them on. Put your eclipse glasses on over them, or hold your handheld viewer in front of them.

• If your eclipse glasses or viewers are compliant with the ISO 12312-2 safety standard, you may look at the uneclipsed or partially-eclipsed sun through them for as long as you wish. Furthermore, if the filters aren’t scratched, punctured, or torn, you may reuse them indefinitely.

An alternative method for safe viewing of the partially eclipsed sun is pinhole projection. Eclipse viewers can cross the outstretched, slightly open fingers of one hand over the outstretched, slightly open fingers of the other, creating a waffle pattern and with their back to the sun project a shadow grid onto the ground, which will show the sun as a crescent during the partial phases of the eclipse.

An example of this method can be found at eclipse.aas.org/eye-safety/projection.

Eclipse viewers can also look at the shadow of a leafy tree during the partial eclipse, which will reveal crescent suns projected through the tiny spaces between the foliage.

For more information on the 2017 solar eclipse visit eclipse2017.nasa.gov/

The next total solar eclipse that will be visible in North America will be April 08, 2024.