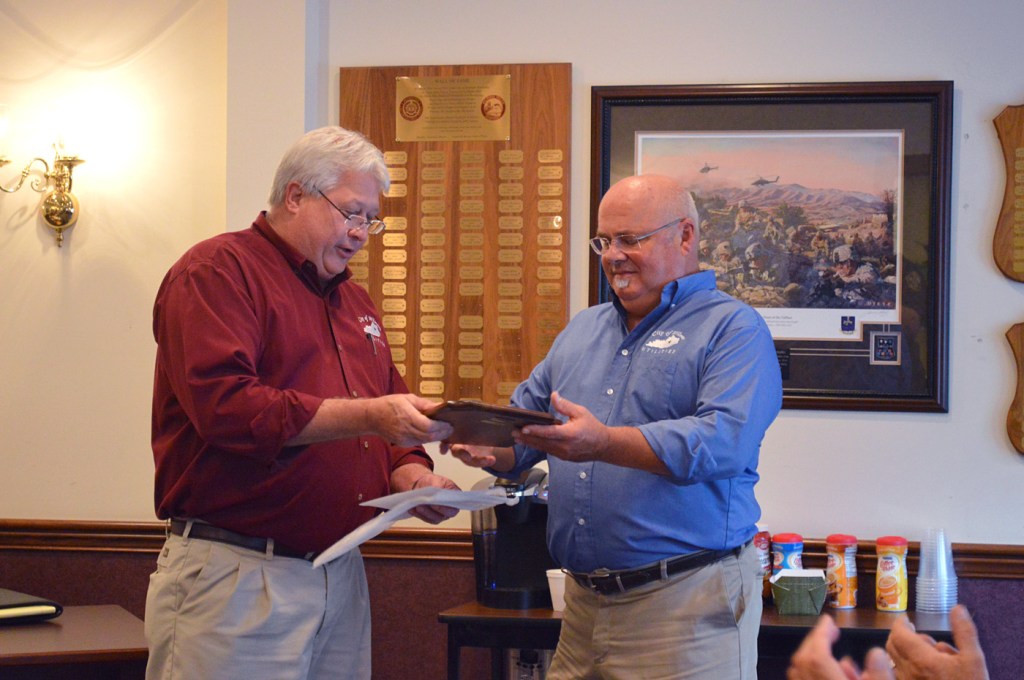 After 19 years, Marc Dock, Wilmore Utilities and Public Works former plant operator, utilities director and utilities supervisor has retired, and he was recognized for his many years of service at the Wilmore City Council meeting Monday night.

“The staff has always felt support from the council and the mayor, and that’s an important part of working here,” Dock said. “When you feel like you have support to get things you need.”

A special reception will be hosted for Dock’s retirement from 2 to 4 p.m. on Thursday, Aug. 17 at Wilmore City Hall.

Wilmore Police Chief William Craig also pointed out that Wilmore made it onto the SafeWise Top 20 Safest Cities in Kentucky for the third year in a row. Wilmore was number 12 on the list.

“I want to give all the credit to all the officers who work for the Wilmore Police Department,” Craig said. “They’re the ones who make this work. We’re very proud of that.”

To complete the report, SafeWise uses the most recent FBI crime data from 2015 to analyze and rank the cities, which have a minimum population of 4,000 residents.

The city council also approved for the Wilmore Police Department to install a new heating and cooling system and windows in the training facility above Wilmore City Hall for approximately $26,000, which will come out the police department’s budget.

Four 2016 Dodge Chargers for the Wilmore Police Department came in on Friday, and the City Council approved for five of the old Ford police cruisers to become surplus property, which will be auctioned off.