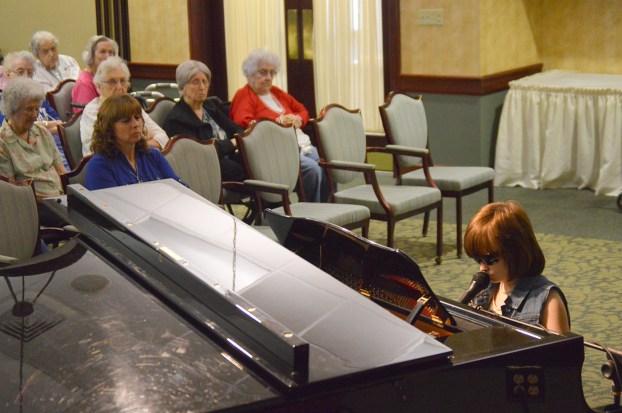 Marlana VanHoose, a nationally acclaimed young singer from Eastern Kentucky, presented a program of her favorite songs and hymns at both Wesley Village and at Gospel of the Green in downtown Wilmore.

Marlana first gained widespread attention singing the National Anthem at UK events. She has also performed at professional sporting events, including the 2016 NBA Finals in Cleveland, Ohio. She sang the anthem at last summer’s National Republican Convention and the hymn “How Great Thou Art” at the President’s Inaugural Prayer Service at Washington’s National Cathedral in January. Born blind with a mild case of cerebral palsy, she has received many awards, including “2015 Young Artist of the Year” by the Artist Music Guild of America.

Youth serve throughout Kentucky and Tennessee