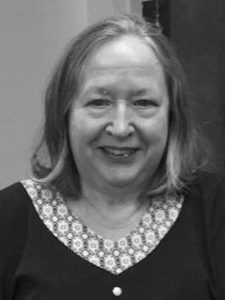 Rosalee “Rose” Buss, 70, of Nicholasville, and wife of Kenneth Buss, died July 13, 2017, at the University of Kentucky Medical Center. Born February 5, 1947, in Freeport, IL, she was the daughter of the late Louis and Lucille Tamling Kuhlemeyer. Rose was a homemaker, an accomplished pianist, and assisted Ken with his insurance business, but mostly will be remembered as a loving wife, mother, and grandmother. Survivors other than her husband include two children, Jody (Richard) Gibbs, Lexington and Troy (Melinda) Buss, Louisville; and five grandchildren, Nicole, Christian, Kaetlyn, Ryan, and Luke. In addition to her parents, she was preceded in death by a daughter, Melissa Buss. A Celebration of Life will be held from 2 to 4 p.m. on Sunday, August 13 at The Willows at Fritz Farm, 2710 Man O War Blvd. in Lexington. Kerr Brothers Funeral Home is in charge of arrangements. In lieu of flowers, contributions are suggested to Bluegrass Care Navigators, 2312 Alexandria Drive, Lexington, KY 40504.

Anna Ruth Penick, 75, mother of Ricky Penick, died July 25, 2017. She was a loving mother, a caring friend and she will be missed. Betts & West is honored to serve.

Dr. Alan Edgar Moulton, 79, died July 26, 2017. Dr. Moulton was retired after 33 years as Professor of Psychology at Asbury University. Visitation will be from 9:30 to 11 a.m. on Saturday, August 5 at Wilmore Free Methodist Church in Wilmore. The funeral service will immediately follow. Arrangements are with Clark Legacy Center in Brannon Crossing. 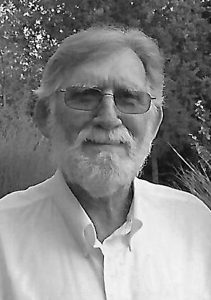 Linda Ferrell Duggins, 67, of Lancaster, passed away July 29. The funeral services were Tuesday at 11 a.m. at Preston Pruitt Spurlin Funeral Home. The burial was in Lancaster Cemetery.

Etta Marie Mays Frye, 74, widow of James T. Frye, passed Sunday, July 30, 2017. She was born December 15, 1942 in Jackson County to the late Walker and Zoda Margaret Fox Mays. Etta was a member of the Apostolic Fellowship Holiness Church. She liked to quilt and do embroidery. Family survivors are four children, Rickie Frye, Gail (Dale) Freeman, Patricia (Kenneth) Ritchie, and Zella (Oracio) Garcia; seven grandchildren; ten great grandchildren and numerous other family members and friends. She was also preceded in death by a daughter, Karen Frye. Funeral service will be 11 a.m. on Friday at Betts & West Funeral Home with Pastor Rodney Murphy officiating. Burial will follow in Maple Grove Cemetery. Visitation will be Thursday from 5 until 8 p.m. at the funeral home.