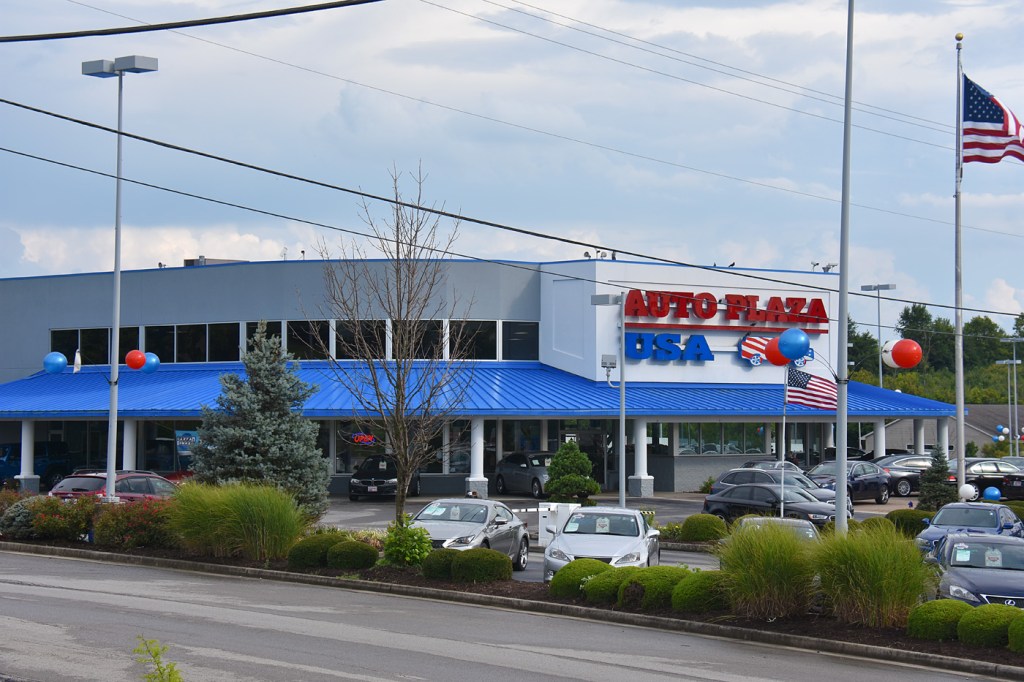 Auto Plaza USA, the used vehicle dealership located at 2000 Vince Road on U.S. 27 north of Nicholasville, has been charged with deceptive business practices, according to the lawsuit filed against the company Wednesday morning in the Fayette Circuit Court.

The lawsuit alleges that between 2012 and 2016, the company collected vehicle usage taxes from its customers at the time of their purchase, then falsified documents to avoid making the correct payment to the Kentucky Department of Revenue. This led to complaints from those customers who received delinquent tax notices from the department stating that they owed taxes that they had already paid to the company.

Furthermore, the defendant allegedly charged the customers a $489 preparation fee for documents and services that were incorrectly performed.

Damages sought from Auto Plaza USA include $465,000 in restitution for the customers who incurred the unpaid usage tax charges, and $685,000 for customers who were affected by the fraudulent fee.

The investigation that led to the lawsuit was prompted by over 100 consumer complaints to both the attorney general’s office itself and to the Better Business Bureau in regards to the defendant. Beshear commended and thanked the Bureau for its assistance with the case.

Director of Operations for the BBB over Central and Eastern Kentucky, Kim Sweazy, said that the announcement reflects the organizations’s commitment to its mission of strengthening consumer trust within the marketplace.

“When calls and complaints started coming into our BBB a few months ago from Auto Plaza USA customers alleging the same unpaid tax problem, we believed there was a serious issue,” Sweazy said in the release. “We made the attorney general’s office aware of our concerns, and they worked swiftly toward today’s action. We applaud the attorney general’s commitment to the citizens of Kentucky and value our partnership with his office in protecting the consumers of this great Commonwealth.”

Any other consumers who have experienced problems with any Kentucky business can file a consumer complaint with the Attorney General’s Office of Consumer Protection at ag.ky.gov.

Auto Plaza USA management was not available for comment.