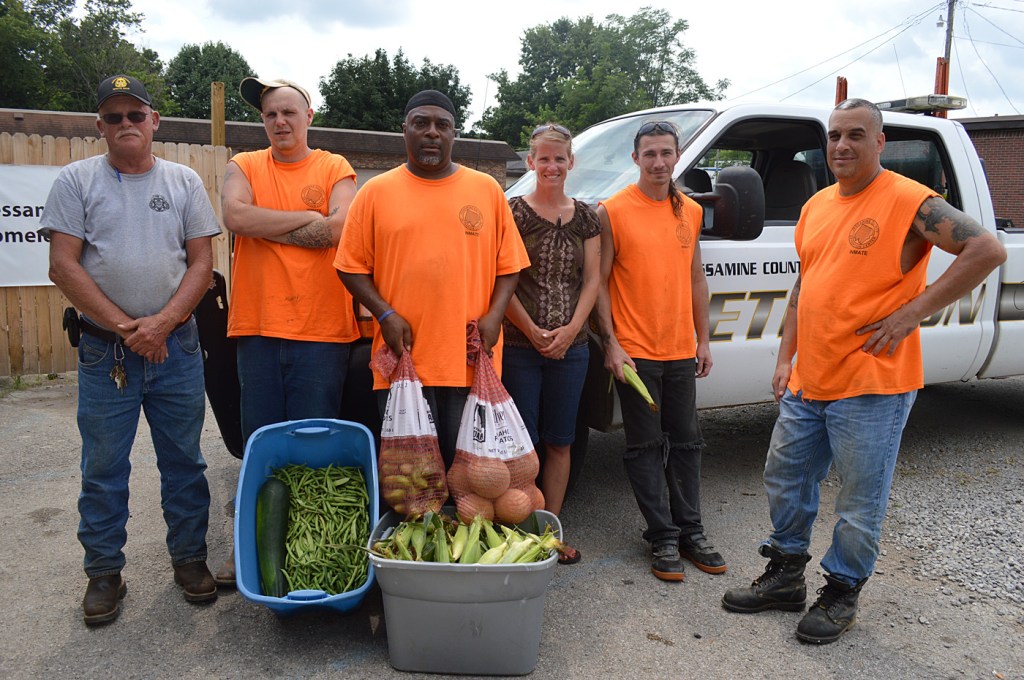 Under the beaming heat of the summer sun, inmates from the Jessamine County Detention Center worked diligently to harvest produce grown in a garden started by Jailer Jon Sallee five years ago.

After taking office in 2010, Sallee quickly recognized that one of the biggest costs of operating the Detention Center was feeding those who are incarcerated. In 2012, he started Jessamine County’s first inmate garden to lower cost of the food at the jail and to teach the inmates how to grow produce.

“So when they are released, they have something where they can go home and do the same for their family,” Sallee said.

He then added that the work can be therapeutic for the inmates as well.

The Jessamine County Fiscal Court provided Sallee with the location for the garden and since then, it has continued to grow in size and produce.

The current size of the jail garden is approximately four acres, and it generates around  $4,000 to $5,000 in savings to the facilities food budget.

All the supplies to start the garden were paid for using the Detention Center’s Commissary Fund — which is basically a store within the facility from which inmates may purchase items such as hygiene products, snacks and writing instruments. The revenue made from this fund must be used to benefit those who are incarcerated.

“No taxpayer money is going into the program,” Sallee said.

To be allowed to work in the jail garden and other services in the community, inmates must be a part of the Class D program, which is usually low level, nonviolent criminals who are state inmates.

“The rest of the inmates who are in the jail enjoy it, they enjoy the fresh food,” he said. “The inmates that grow it enjoy being outside working in the garden and learning how to grow the food, and what it takes to maintain the garden.”

Sallee said since they started growing their own produce, they have based what they grow on the needs of the food service they contract through. He said he wants to continue doing that and also expand the garden. The jail is currently looking into other areas of farming as well, such as raising animals.

“I don’t believe another jail in the state is working with animals or doing anything like that, but that’s something were looking at getting into,” he said.

The inmates who tend to the garden are the same ones who pick up trash on the side of the road and who helped to build the homeless shelter.

“Some of the inmates feel like their paying their debt to society by doing and being a part of the program,” Sallee said. “And what  better way to do it than to donate to the less fortunate who have maybe fallen on hard times.”

A group of inmates, along with Deputy David Cartwright from the Jessamine County Detention Center, did just that on Monday by delivering fresh corn, cucumbers and melons to the shelter.

“The community does an amazing job in providing the food that we need,” Johnny Templin, director of the Jessamine County Homeless Coalition said.

Over the span of the eight months the shelter has been open, they are only a few plates short of serving 14,000 meals. A lot of those meals came from community members.

During those eight months, the shelter has offered bed services to around 200 residents, around 77 of them left the shelter willingly with a safe place to go to.

At the moment, the shelter houses around 16 people. Templin said they have had as many as 28 stay in the facility, which has the capacity to shelter 50 residents. Templin said 17 of the residents who visited the shelter in the last eight months were children.

Actual expenses to run the all-volunteer facility total around $3,000 a month and they have a food budget of $500 a month, which Templin said the community helps stretch out in many ways.

One way is the youth and church groups who take ownership of a certain night of the month, and on that night they provide the meal, which is usually dinner. Templin said there are currently 15 different groups who have taken ownership of those nights.

Other donations come from various individuals and groups throughout the community such as the Wingo Circle — a group of Baptist Women not affiliated with any special church.

The group, made up of women of various ages meets on the fourth Monday of each month to share a meal, a prayer and a missions program. Over the past two years, the women have raised over $90,000 for various missions, local and abroad.

Recently, the women turned their donations to the Jessamine County Homeless shelter. They gathered a list of what was needed,  and then each member donated items such as milk, tomatoes, bread and soap.

“We just thought if we do something for the homeless shelter ourselves to show that people, even if they just spend five dollars to take 10 loaves of bread, maybe it would be a hint to the city and county that they ought to be helping too,” said Wini Yunker, a member of the Wingo Circle.

Those who would like to donate to the Jessamine County Homeless Coalition can do so by dropping donations off at the shelter. Items specifically needed include Styrofoam plates, cups, and bowls, plastic forks and spoons, laundry detergent, bleach, milk, hamburger and chicken. 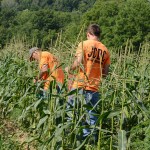 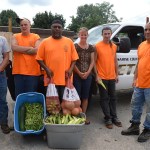 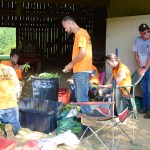