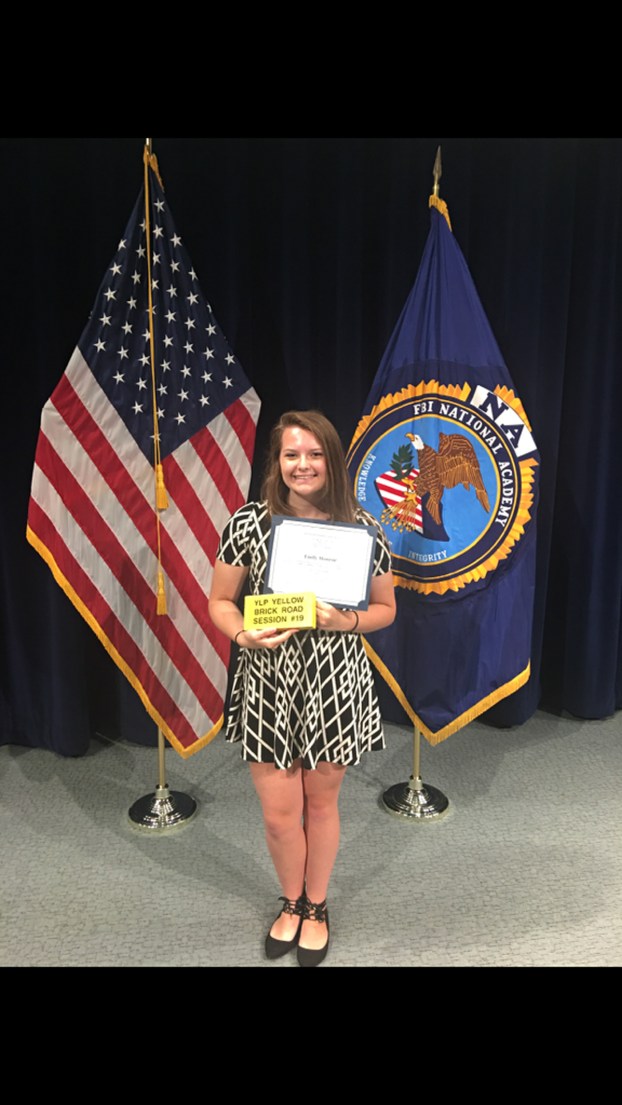 Monroe was chosen to represent the Commonwealth of Kentucky along with 59 other high school students from throughout the U.S. and internationally, who each represented their respective state or region. Emily was chosen based on her exemplary grades, involvement in extracurricular activities, community service and an in-depth interview process.

Students attending the Youth Leadership Program (YLP) were flown to the FBI National Academy in Quantico and spent a week engrossed in advanced leadership courses, as well as an intense physical training regimen that culminated in the students running their version of the “Yellow Brick Road”, which is the course designed by the Marines for the FBI Academy. Just like the students of the FBI Academy, the YLP candidates received a treasured yellow brick to represent their completion of the grueling trail.

As part of their participation in the YLP, students were required to design and present a service project in an effort to expand on their leadership skills. With plans to enter veterinary medicine in her future, Emily chose to focus on animals. Her father being a retired captain with the Danville Police Department and her uncle the Chief of Police at The University of Kentucky, Emily was able to see a need for police K-9s. They needed equipment to keep them safe and healthy, yet not all departments had the budgets to provide for those needs.

Monroe developed a plan that would allow her to help raise the funds to provide items for police K-9s, such as bulletproof and stab-proof vests. Monroe will go on to present her service project at the annual meeting of the Kentucky Chapter of the FBI National Academy Associates, she will also give a presentation about her week at the Academy.

Although it was a challenging experience. Monroe was grateful for the opportunity to make new friends from around the world and learn how to better serve her community through her newfound leadership skills.

A traffic stop by deputies with the Jessamine County Sheriff’s Office led to an accidental shooting and a non-life threatening... read more