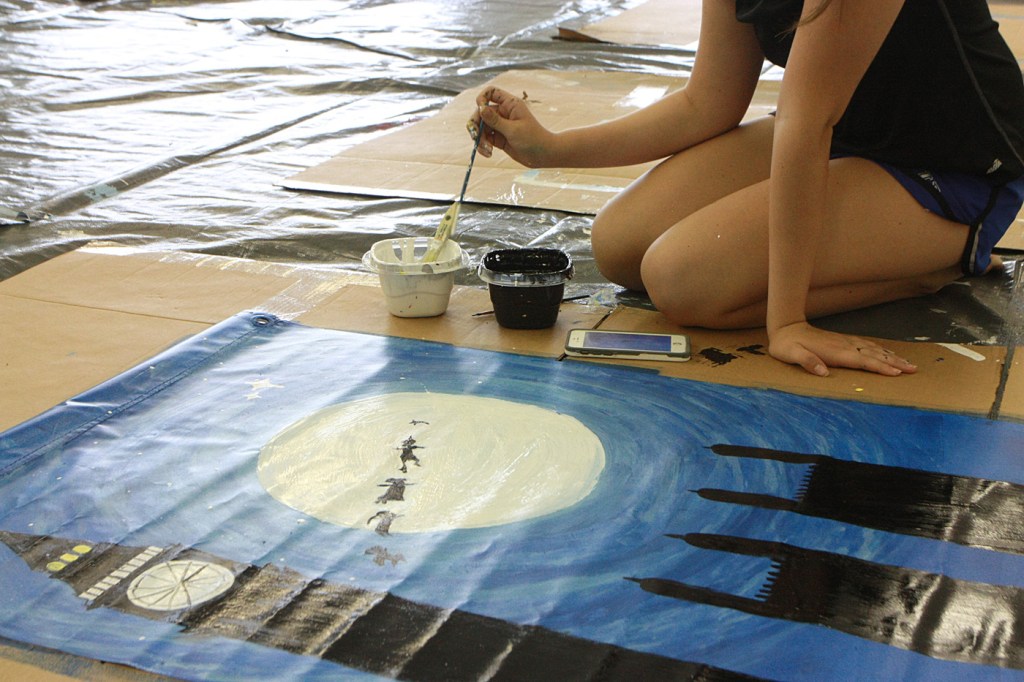 Community art lovers, it’s that time again to get your paintbrushes ready for the annual Paint the Town Banner event.

Nicholasville NOW! is accepting participant applications for the event, which will occur in two sessions, one at 9 a.m. and one at 2 p.m. on Thursday, July 20 at the Blue Building at City/County Park in Nicholasville.

The community art project intended to bring community members together creates colorful banners that will line Main Street in Nicholasville until around December, when they will be auctioned off at the annual Saint Nich Christmas Festival.

Eddie Clements, the creator of Paint the Town Banner, said the event started 14 years ago as a project with the Art Depository to develop the arts in Jessamine County.

“This was a great way for the community to jump in and do some art and really showcase for downtown beautification at the same time,” Clements said.

He said coordinators of Paint the Town Banner partnered with Consort Display Group, a banner company who has helped to spread the event nationwide.

“Which is pretty exciting really,” he said.

Clements contributed the success of the event to those who participate in it.

“You’ve got to give credit to the city and to the people within the community,” he said. “They embraced it.”

The first year, Clements said they painted 20 banners, and that number has since grown.

He said though there have been too many great banners over the years to pick a favorite one, it has been interesting to watch them evolve.

“It’s been fun to see the progression of art through the years with them,” he said.

Participant applications are free to fill out and are available at the Jessamine County Courthouse, www.nicholasvillenow.org  and on Facebook at “Friends of Nicholasville Now.”   There are a limited number of spots available,  and applications are on a first-come basis. They are to be turned in at the Jessamine County Courthouse, County Judge/Executive’s Office located at 101 N. Main Street in Nicholasville.