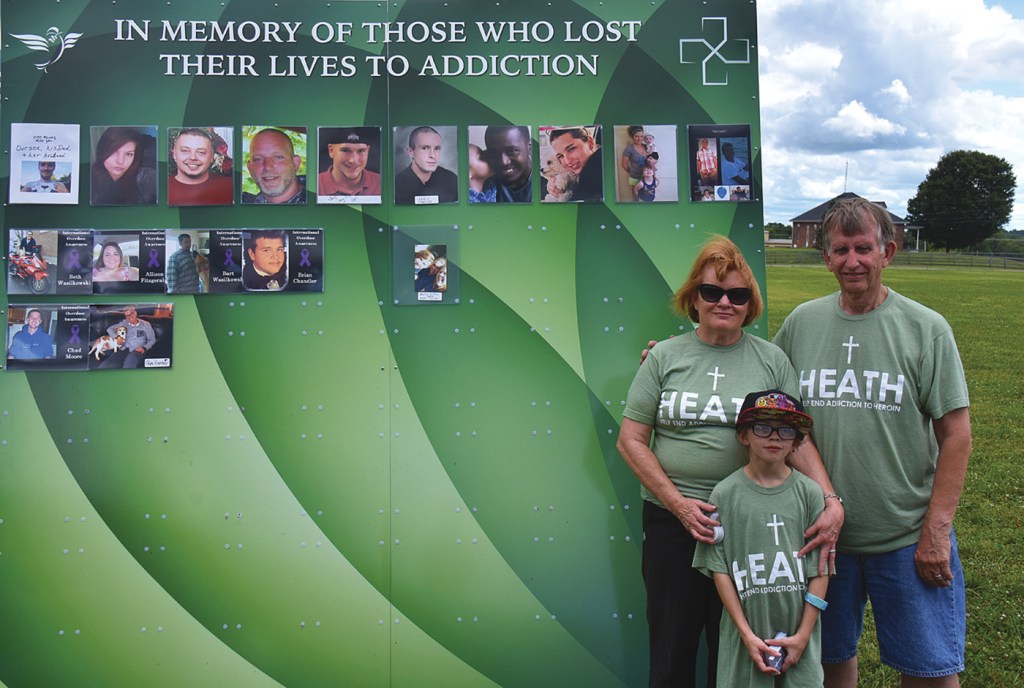 On April 15, 2013, the nation was blindsided at 2:49 p.m. by the Boston Marathon Bombing, which left many across the country in shock and grief. Dale and Anna Sanders had already reached that point. They had received a phone call at 8:15 a.m. that morning informing them that they had lost their son Heath to a heroin overdose.

“We knew that there had been issues, but we didn’t know it was heroin,” Dale said. “We went through several days of numbness, burial, plans and all kinds of things, and we didn’t have a lot of help because we didn’t know anything about it and didn’t know who to get help with.”

After he and his wife came to grips with their situation, they decided to make it their mission to ensure that nobody else went through the struggles they had endured alone.

That passion drove them to create their program HEATH—Help End Addition To Heroin. Through this program, Dale and Anna make themselves available to the public for speaking engagements and loss support, as well as rehabilitation and addiction resources. Information can be found the HEATH Facebook page at http://bit.ly/2tQFVDK.

One idea they had to help others cope with their losses was to construct a memory wall for the placement of pictures of overdose victims, as well as messages and personal tributes.

“We started working with several organizations to help families,” Dale said. “This memory wall was one thing we put together in honor of those who have lost loved ones to this terrible disease.”

The idea for the memory wall was taken from another event that the couple attended a few years ago with a similar type of wall for another cause. He said that the goal of the wall is for passersby to see the photographs and realize that those lost were people who were loved and cared about and not just junkies living on the streets.  He said that he also hopes that the visual impact of seeing faces as opposed to statistics just might help save a life.

The wall was designed with the help of Adcolor in Lexington. It was constructed in a manner that allows for portability and quick set-up, as the intent is to take the wall to as many events around the area as Dale and Anna can. The wall was erected at the Jessamine County Fair Grounds on Friday, June 30 for a public event for The Addiction Project and the Jessamine County Homeless Coalition’s (In)Dependence Day event.

“We want to honor the loved ones and help the loved ones that are hurting,” Dale said. “And maybe help an addict realize that this is not where they want to be.”

“We appreciate those going through struggles. We just want them to know that we want to put an arm around them and not let them be alone. That’s our goal.”