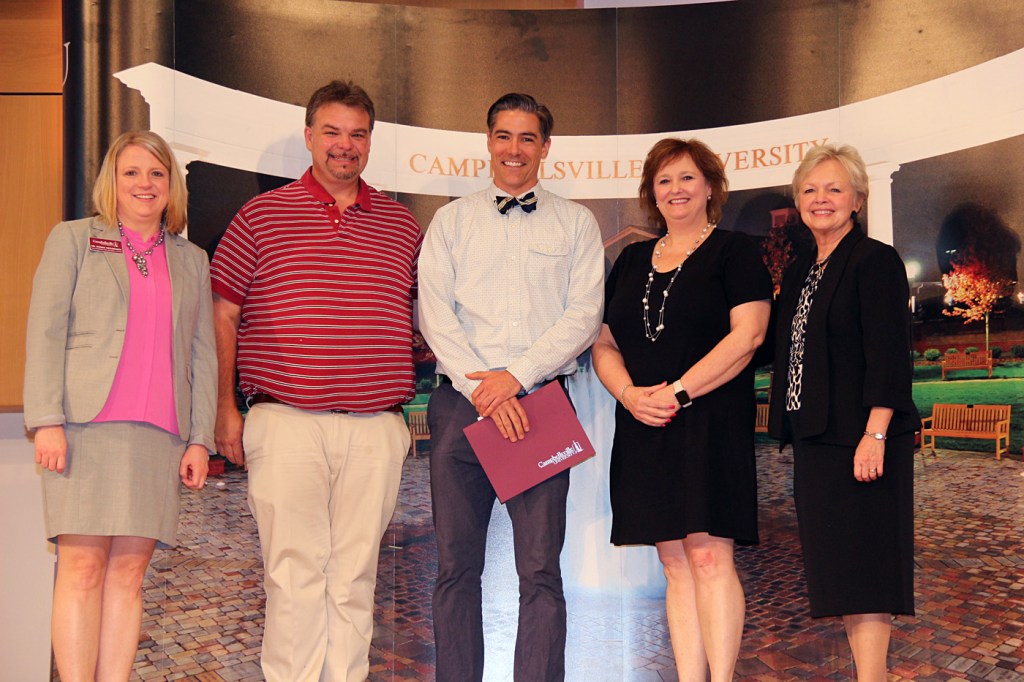 Many Jessamine County educators were among the 190 teachers throughout 69 districts in Kentucky who received Campbellsville University’s Excellence in Teaching Awards during the 31st annual ceremony on Saturday, May 20 in Ransdell Chapel.

Superintendent Kathy Fields, Donna McDermott from Red Oak Elementary School, Sharon Collins from West Jessamine Middle School and Joseph Mau from The Providence School were all recognized at the ceremony.

Donna is a first-grade teacher at Red Oak Elementary School, where she has taught since 2013.

Sharon is a seventh grade English teacher at West Jessamine Middle School, where she has been teaching since 2007.

Sharon is married to Joshua Collins, and they have two children, Cameron and Chloe Collins.

Joseph teaches English, leadership and discovery at The Providence School, where he has worked since 2014.

In 1997, he obtained a bachelor of arts degree from University of Montevallo. In 2014, he received his master’s degree from Eastern Kentucky University. His children are Emaline and Keillor.