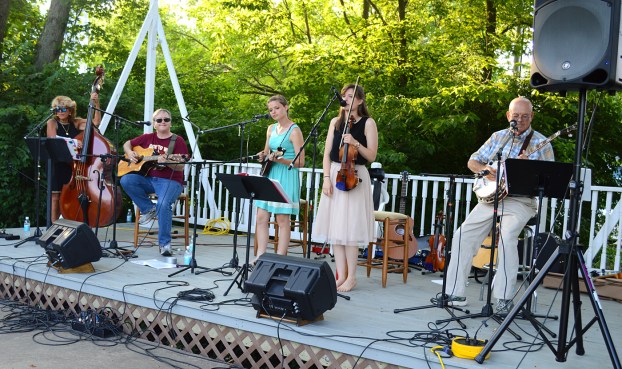 Wilmore concert series back for summer

Summer is here, and with the heat comes the music and fun of two concert series offered in Wilmore.

Gospel on the Green, which began eight years ago, returned on Friday, June 16, and will include two concerts in June, two in July and two in August. The concert series, hosted by Wilmore’s Jody Brock, will feature performers such as Jessamine Creek Express, Mercy’s Bridge, Proverbs 31, Marlana VanHoose, the Moron Brothers and Won Life. The first concert of the season brought in 90 visitors to the Downtown Green in Wilmore on Friday.

The eleventh annual Stonebridge Summer Saturday Night Concert Series opened on June 17th on the Downtown Green in Wilmore. It will feature one concert in June, three in July and two in August. Performers such as the Walnut Street Ramblers and The Metrognomes will provide entertainment for the crowd in the form of various types of music. The Master of Ceremonies will be Jeff Baier.

Though there are several stone bridges stretching across the small streams in Wilmore, that is not where the Stonebridge concert series acquired its name.

“It was named after the subdivision that never came about,” Executive Director of the Wilmore Community Development Board Judy Woolums said.

“We had some major good music,” Woolums said.

However, the economy took a nosedive, and that subdivision never came to fruition. They had to terminate their funding in 2011. At that point, Woolums said the series had already been reduced from about 10 to 12 concerts down six. She said the name has remained the same due to the recognition it has received. The first Stonebridge Summer Saturday Night Concert of the season brought 70 guests to the green.

Chairs and tables will be provided at all concerts, which begin at 7 p.m. each night. Local vendors selling food items will also accompany the festivities. The concerts are free to the public and visitors are welcomed to bring their own blankets, chairs and snacks.

The concert series that brings in as many as 125 visitors a show has remained stagnant for the past several years due to competition with other free events in the county and in Lexington, Woolums said. However, the concerts did see a small boost last year thanks to organizers changing the concert dates to two weekends per month for three months instead of two concerts back to back.

“It’s fun, it’s family-oriented and it’s free,” Woolums said. “We find that a lot of people use it as a form of entertaining out of town guests when they come in.”

This year, the City of Wilmore is encouraging concertgoers to bring non-perishable food items as well as canned or bagged dog or cat food, which will be donated to the Wilmore-High Bridge Community Center and the Jessamine County Animal Shelter.

The City of Wilmore, Jessamine County Fiscal Court and Highbridge Spring Water helps to keep the concert series alive and well for music lovers in the community. The sponsor of this year’s series is Integrity Premium Advertising. The Wilmore Boy Scouts will provide the popcorn sales and clean up after the events, and recycling is conducted by Wilmore Creation Care.

For more information on either of the summer concert series visit, www.wilmore.org or check out the Wilmore Facebook page. Those who wish to receive weekly updates can request to be placed on the notification list by emailing Judy Woolums at jwoolums@wilmore.org.

The current and upcoming dates for the concerts can be found in The Jessamine Journal Community Calendar.

“I think it’s a great opportunity for people to entertain themselves and their family and their visitors,” Woolums said of the concerts. 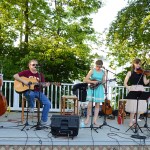 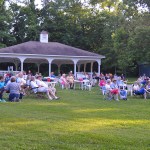 A collision caused by a distracted driver ended in a fatality the morning of June 15. The Nicholasville Police Department... read more