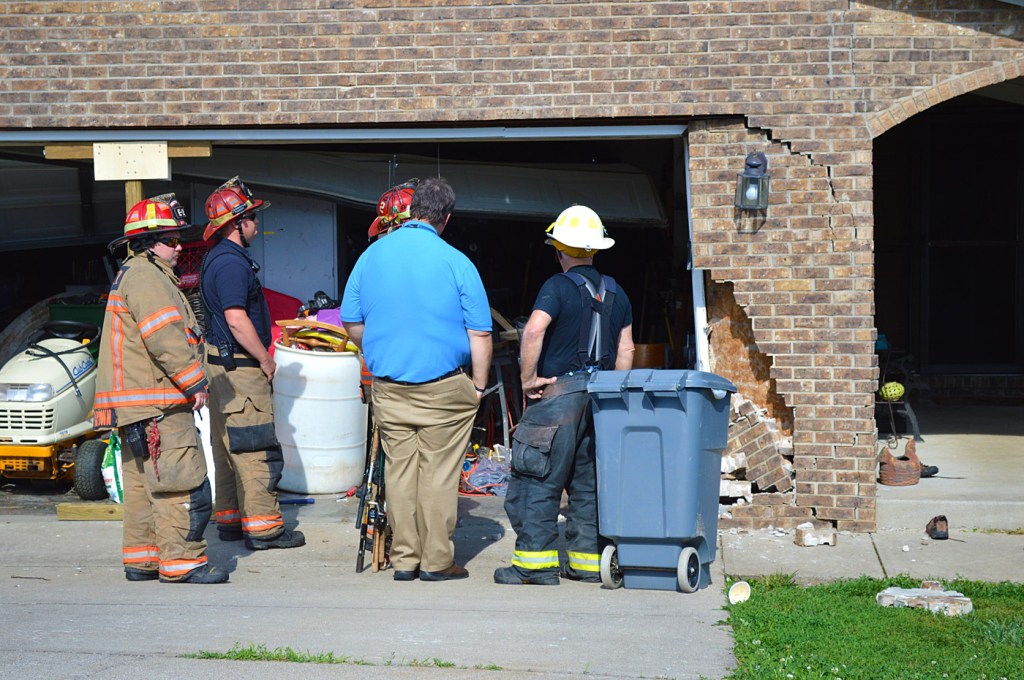 A Wilmore couple had quite the scare as firefighters were called to their home on Bohicket Road after a truck rolled into their house and garage on Monday afternoon.

New Principal of The Providence School, Eric Sowers, and his wife Kim, were both at work when they received the call telling them they needed to come home.

They arrived home to find a neighbor’s pickup truck crashed into their home.

Kim said the driveways in the neighborhood are very steep, and she has seen vehicles end up in the street before thanks to ice and gravity.

Eric said he was very pleased with the collaboration of the first responders.

Wilmore Fire Chief Jimmy Powers said it is unclear what caused the truck to roll across the road and find its way into the neighboring house’s garage, but something did give way.

“Luckily, nobody was there,” he said.

The right side of the house next to the garage door, as well as the door itself, sustained quite a bit of damage, Powers said. Firefighters shouldered it up to keep it from falling and causing any more damage.

No one was injured in the incident.

After over 21 years, LaSage is retiring from Wilmore…