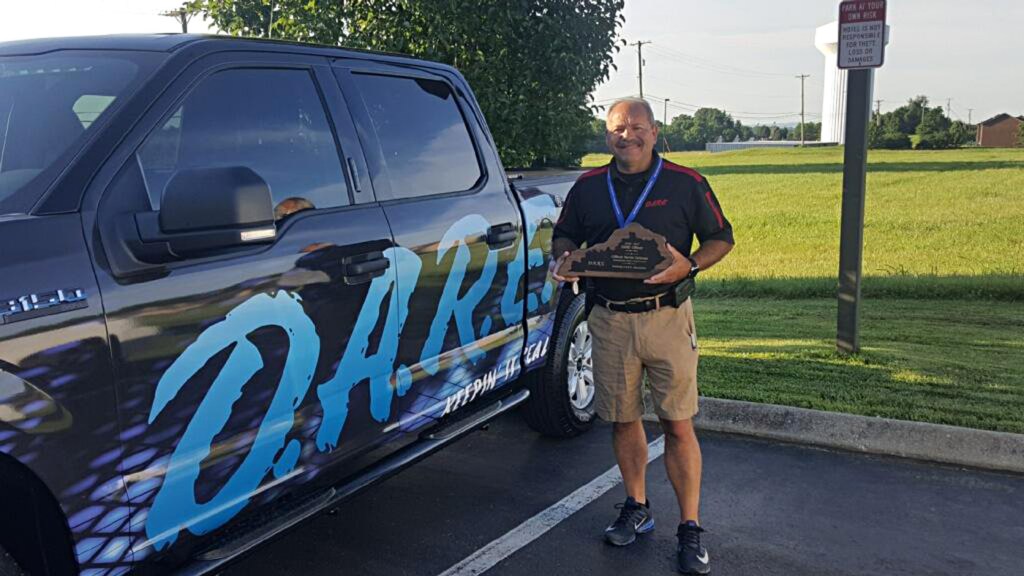 The award is given each year to a D.A.R.E. officer who goes above and beyond in the classroom and in the community.

“I’m very humbled,” Grimes said about receiving the award. “There’s so many of us in the state that do this, we all, in my opinion, go above and beyond when it comes to our kids and our communities. I know it can only be given to one, but everybody out there who’s doing the same thing that I am deserves an award as well.”

Grimes has been a D.A.R.E. Officer for Jessamine County for the past nine years.

He is also the current president of the Kentucky Dare Association, a position he has held since January of this year.

As a D.A.R.E. officer, Grimes implements the 10-week interactive D.A.R.E. program in the elementary schools, which teaches fifth-grade students how to make wise and responsible choices.

“The program is designed so that the kids are completely and totally involved with the classroom and I’m just there to give guidance and facilitation,” Grimes said.

He said it’s better than him just getting in front of the classroom and lecturing.