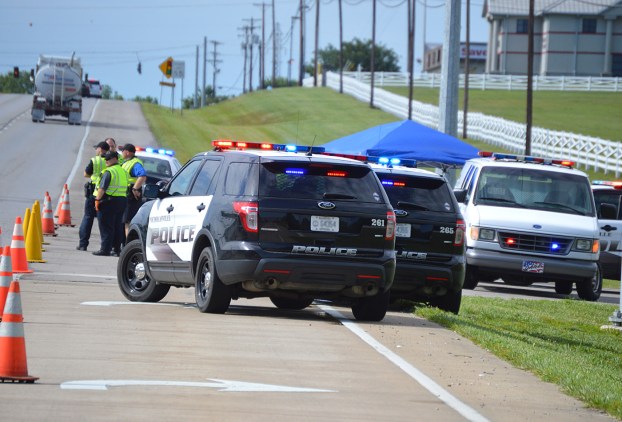 A collision caused by a distracted driver ended in a fatality the morning of June 15.

The Nicholasville Police Department said the accident occurred around 6:40 a.m. on U.S. 27 at the intersection of Wichita Drive and R.J. Corman Drive.

Preliminary findings from the collision reconstruction team show that the early model pickup truck traveling from Wichita onto the R.J. Corman property was struck in the passenger side by a car traveling southbound on U.S. 27 in the intersection.

According to a press release from the Nicholasville Police, the impact sent the truck over an embankment and into a ditch located next to the Corman facility. The driver of the car told officers that she was distracted by something in her vehicle and when she looked up, she realized her traffic light had turned red. Though she quickly applied the brakes, she slid and collided with the truck.

The driver of the truck, 57-year-old Kathy Rhinehimer was transported from the scene in serious condition. She passed away at The University of Kentucky hospital from her injuries that day.

The Providence School in Wilmore was among 11 other schools from across the state to be recognized for excellence in... read more