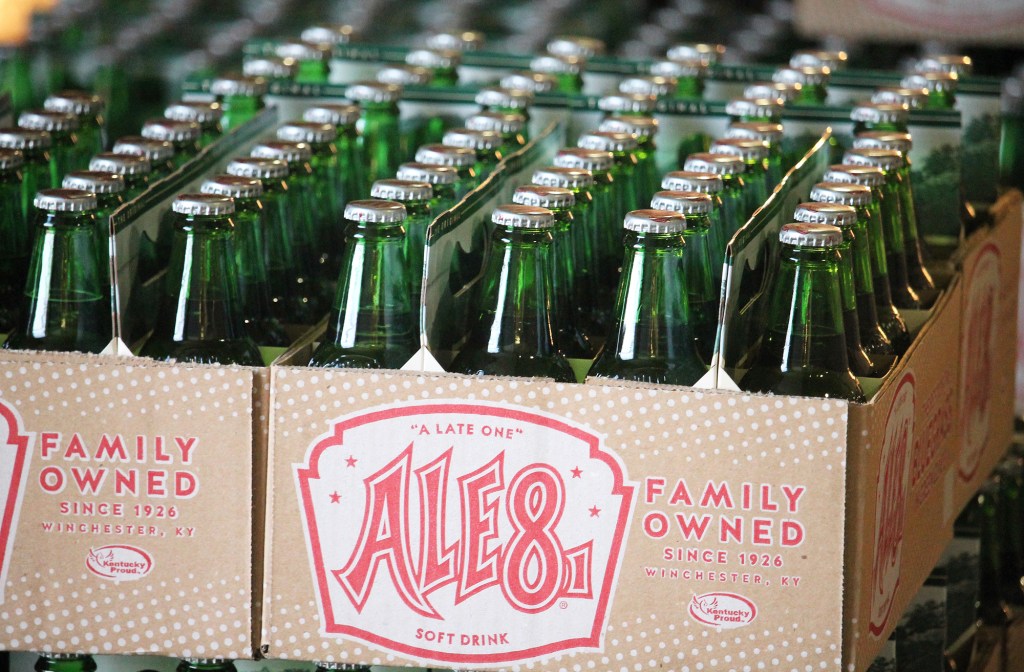 The Ale-8-One bottling company now has state distribution to carry Highbridge Water in the 16.9-ounce bottle and the one liter Big Blue Swish, which is an officially-licensed product of the University of Kentucky.

“We are very excited to combine forces with Ale-8-One,” Linda Slagel, President of Highbridge Spring Water said in a press release. “Our companies have so much in common. We are both family-owned, Kentucky Proud products with strong ties to our Bluegrass roots. For generations, our companies have been providing jobs for our local communities and we both have a solid following.”

Highbridge Spring Water, which flows from underground limestone springs near High Bridge, is the same water used for making Kentucky Bourbon. The property was originally purchased to become a storage facility by Bill Griffin. However, those plans changed and since 1981, Highbridge Spring Water, named for the 308-foot tall railroad bridge that towers nearby and stands as the tallest bridge over a navigable stream in the entire country, has been bottled for public consumption.

“Water is growing, and Ale-8 is growing too,” Bale said. “Highbridge is a notable player in the water category offering strong customer loyalty that matches our own. That combination creates a great deal of sales momentum for our retailer partners. People feel good about supporting local, family-crafted products.”

The popular Ale-8- One soft drink has been bottled at its Winchester home since July 13, 1926, and is the only soft drink invented in the state that is still in existence. The beverage gets its flavor from founder G.L. Wainscott’s guarded original ginger and citrus blend, and boasts less carbonation and fewer calories than most conventional sodas.

The company continues to be locally-owned and family-operated by G. L. Wainscott’s great-great-nephew, Fielding Rogers.

Wilmore concert series back for summer