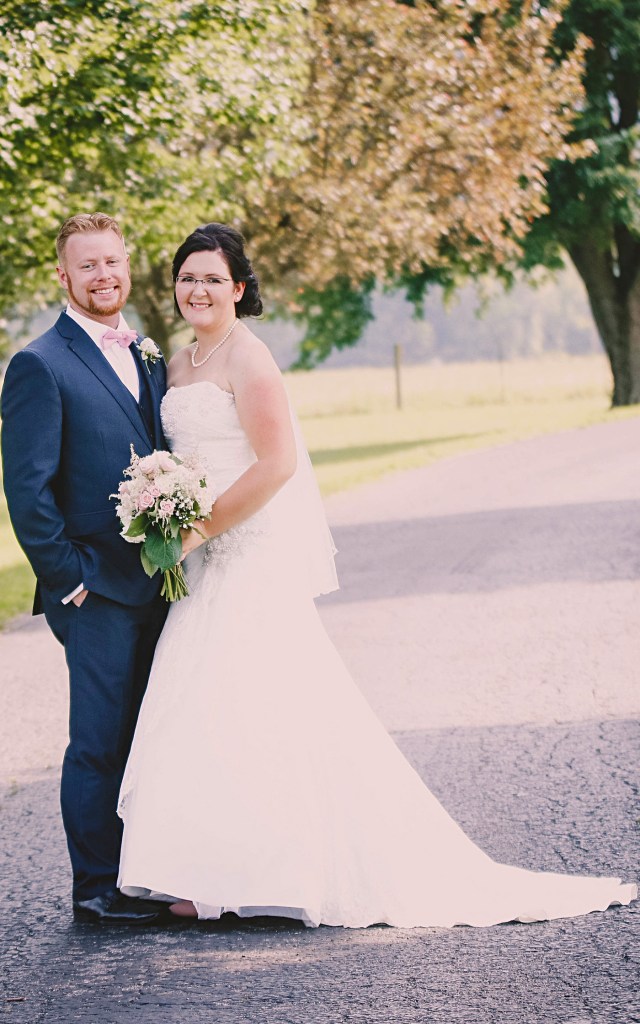 Nicole Szczotka of Casey County, daughter of Gary Hensley and Dawn Szczotka, was married to Schon Holman of Jessamine County, son of Michael Holman and the late Karen Holman, in an outdoor barn wedding on May 20, in Junction City just south of Danville.

Joined together by Reverend Aaron Bertram, the two were surrounded by friends and family. Sister of the bride, Amber Crowe, was maid of honor and father of the Groom, Michael Holman was the Best Man.

Flower girls were nieces of the bride, Bay Crowe and Bella Szczotka who then were followed by the daughter of the couple, MaKenna Holman.

The couple honeymooned aboard a cruise line that chartered the Western Carribean and they now reside in Nicholasville.

The cake was made by the mother of the bride, Dawn Szczotka. Pictures were taken by Tabitha Wesley of Tabitha Wesley Photography. The DJ was Lexington’s very own Robert Garrett. The food was prepared by Zachary Harpin of Casey County’s Bread of Life Cafe.