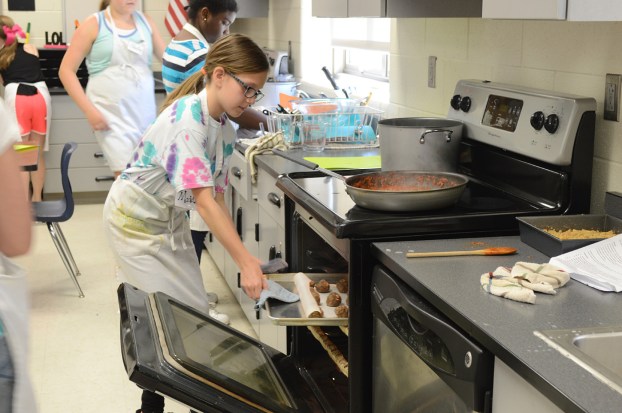 Among the sounds of running water, scurrying footsteps, clanking dishes and friendly reminders from a mentor, were the enticing smells of garlic, onions and spaghetti sauce.

Though the sounds and smells mimicked a restaurant at lunch time, the excitement was actually coming from 24 students from all over the county in grades fifth through eighth, in a classroom at East Jessamine Middle School. The students were finishing up a week-long cooking camp offered at the school.

“I think it was amazing,” said the camp’s host Christy Marksberry, an East Jessamine Middle School Family and Consumer Science teacher and Family Career and Community Leaders of America advisor. “The kids all worked so well and they were really eager.”

The mission of the camp is to provide a unique learning experience that helps participants develop life-long skills for the culinary arts.

“We covered a lot in a week,” Marksberry said.

They also made a sugar cookie pizza with different fruit toppings that were new to the students.

The campers also conducted a mini-version of “Cup Cake Wars,” a baking competition show on the Food Network.

“They did such a good job I gave them each an award,” Marksberry said.

During the closing ceremony, campers prepared spaghetti and salad with apple crisp for dessert, which was enjoyed by their parents and peers.

This was Marksberry’s second year conducting the summer camp.

“They really did an awesome job,” Marksberry said. “I have lots of upcoming chefs I believe.”

For the past four years, Marksberry has also hosted an afternoon chef camp once a month while school is in session. Around 30 students are welcome to participate in the theme based cooking experience for free. 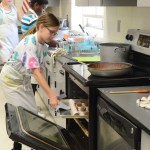 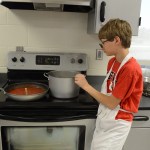 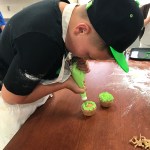 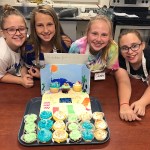 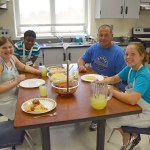 Relay for Life draws a crowd