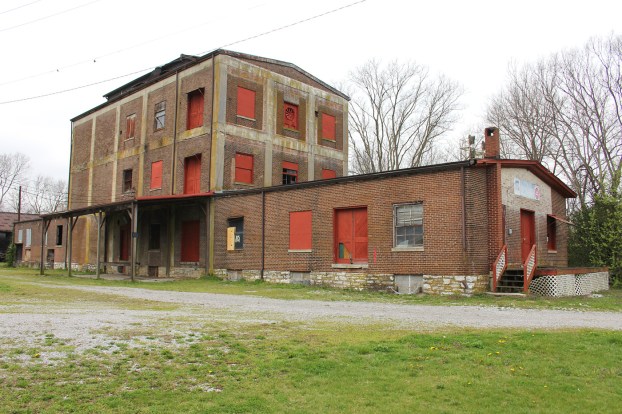 A building that houses a great amount of history in Wilmore may soon open its doors to an opportunity to make even more memories.

The building located at 400-402 E. Main Street has gone by many names. It began as the Glass Milling company in 1914 after the business moved from its previous location on Glass Mill Road.

The milling company also operated a “dynamo,” or generator, which manufactured electrical power for Wilmore until 1925, when Kentucky Utilities began supplying electrical current to the community.

“It was the first electricity in Wilmore and had the first phones in Wilmore,” Mayor of Wilmore Harold Rainwater said. “It was probably a major business in Wilmore at that time.”

The City of Wilmore first attempted to purchase the three-story 13,146-square-foot building now commonly referred to as the “granary building” or “The Brumfield Hay and Grain,” along with two parcels of land that surrounds it in 2009.

The city was interested in purchasing the land from the Brumfield family. Director of the Community Development Board in Wilmore at the time, Margaret Morgan, had secured more than $400,000 in grant money that would help transform the building into a transportation museum, but it did not work out because the city could not afford to renovate the building.

It wasn’t until May 2015 when the opportunity to bid on the building again presented itself. The City of Wilmore purchased the building and the 2.82 acres of land it sits upon from Nicholasville’s Larry Lewis to the tune of $160,000, after a 10-perecent buyer’s premium, which covered auctioneering and administrative expenses.

Lewis had purchased the property three weeks prior to the city buying his bid of $139,700.

To finance the purchase, the city used about $125,000 in parks and recreation “impact fees,” as well as some general funds.

Though the city could not afford to develop the property, they fully intended to preserve it, Rainwater said. An intention that has still not changed, though owners might.

A purchase agreement between the City of Wilmore and TATM Properties, LLC for the building and the property was approved at the Wilmore City Council meeting on Monday night. Two final amendments to the purchased agreement were requested. One was to change the date the agreement needs to be returned to the broker and another talking point that the property would not be used for industrial purposes.

Under the current Zone Map, the property is I-1, meaning it can be used for light industrial purposes. The city council voiced at Monday night’s meeting that they would like the property to only be used for commercial, residential or professional purposes.

Around six months ago, a former council member presented the proposal on TATM Properties’ behalf. It was the only offer the city received for the building, which has had a relatively stagnant existence for almost two years.

Rainwater said he has talked with a member of the company, Dr. Jeremy Corbett, since the meeting on Monday, and he seemed to be fine with the amendments.

“It seemed to be agreeable and it’s up to him now,” Rainwater said. “The council basically offered it to them and they’ll turn that into hopefully a nice venue for Wilmore and an event center and a professional business area and hopefully downtown will improve.”

If the company accepts the purchase agreement, they will pay exactly what the city has in it, $140,609.85.

“We didn’t make any money on it,” Rainwater said. “We just basically are transferring it to somebody for development, because we don’t have the money to develop a building that’s going to take a million dollars.”

In the agreement, the company promises to keep the building as it is, meaning the integrity of the building will not be compromised.

“We don’t know what they are going to do with it, but they can’t tear it down,” Rainwater said.

In early discussions, he said the possibility of an event center for events such as weddings, conferences or meetings was mentioned but nothing is set in stone.

“I’m as excited about this as anything we’ve been involved in,” Rainwater said. “We’ve taken an abandoned old building that nobody wanted, that has set vacant for years before the city got it, and to see life pumped into it, maybe some jobs and maybe some goods and it’d be preserved, I think it’s good for Wilmore and good for Jessamine County.”

To see more about what happened at Monday night’s Wilmore City Council meeting, visit our website at www.jessaminejournal.com.