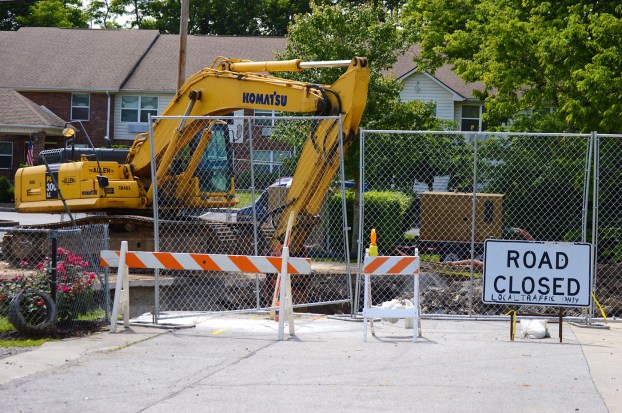 After 5 months of closure, work begins on Ross Street bridge

After five months of closure, the work that has begun on the bridge located at the intersection of Ross and North Second Streets can be heard by neighbors near and far.

The temporary closure of the bridge came about due to a recommendation made by a state engineer bridge inspector in January of this year.

Superintendent of Public Works David Brown said a beam on the bridge corroded, causing it to become a safety hazard for cars to pass on.

“It had failed over the years,” Brown said. “It was just old, and it just needed to be replaced. It got to where it was unsafe.”

It took several months following the recommendation for work to begin on the bridge, which will cost approximately $192,000 to fix.

Brown said the work being done to the structure consists of tearing out the existing bridge on Ross Street and the culvert — a pipe that allows water to flow under the road — under North Second Street. The bridge and the pipe will then be replaced using funds from the city’s general fund, and Brown said they are hoping funds will also come from the state.

The Allen Company began working on the project, which is expected to take around 60 days to complete, on May 30.

Three kittens and two puppies are left on trials after the adoption and cookout hosted by the Jessamine County Animal... read more