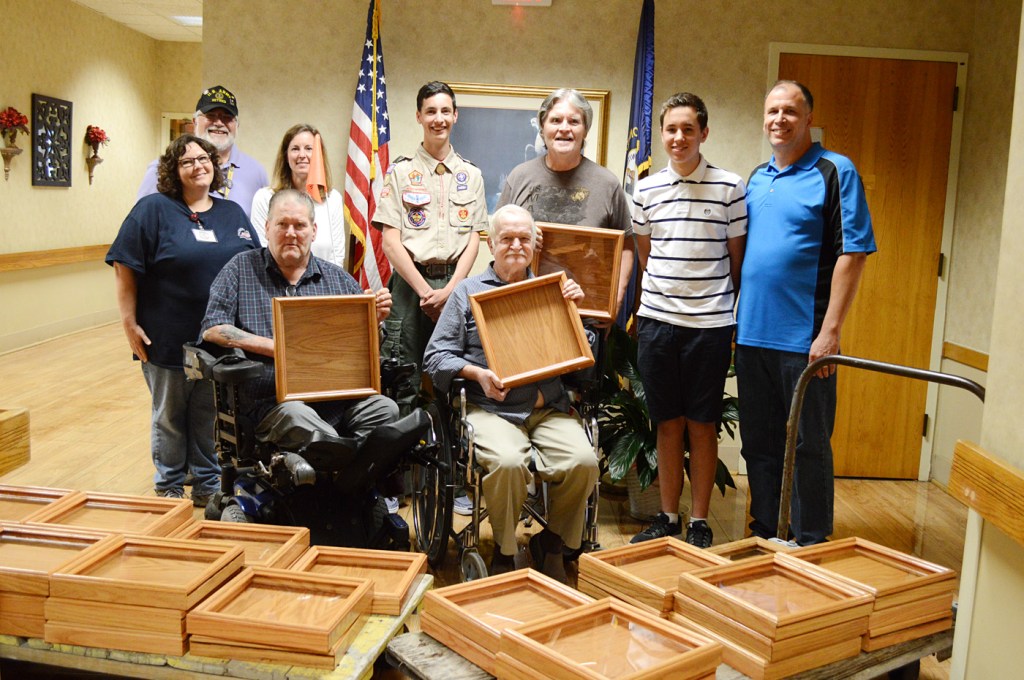 A local Boy Scout of America delivered 36 hand-made shadow boxes for the residents of Thompson-Hood Veterans Center on Friday, a kind gesture that will soon lead to his Eagle Scout.

Matthew Derosett, 13, spent the past two months creating the 14 by 14-inch shadow boxes from oak and plexiglass.

Derosett chose the shadow boxes as his Eagle Scout Project after a visit to Thompson-Hood Veterans Center.

“I wanted to do something for the veterans but I really didn’t know what,” Derosett said. “So we just asked them what they needed.”

The end result for his efforts were 36 rich colored wooden boxes, which will hang outside the residents’ rooms and will serve as a glimpse into the past. Each box will house various types of memorabilia, including pictures and medals, that will assist residents in finding their rooms.