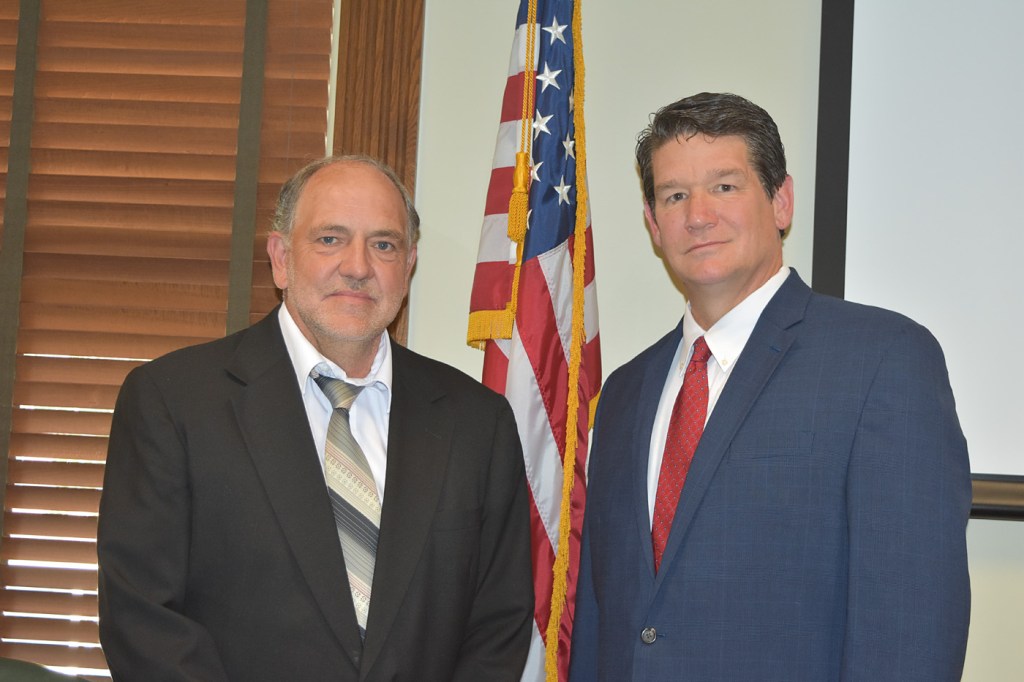 After his selection by Gov. Matt Bevin’s office to fill the vacant magistrate position on May 23, Paul Floyd was sworn in on May 25 by Judge Executive David West, and attended his first meeting as part of the Jessamine County Fiscal Court on Tuesday.

Floyd said after the meeting that he offered his services for the open District 5 position to look out for the good of the community. In doing so, he is keeping with a family tradition.

“My father was a magistrate,” Floyd said. “I know about the concerns that people have about the roads and safety and stuff. I thought I could help the community.”

Floyd said that he ran for the position two years ago, but finished second in the race to Burch Hager, whom he called a friend and praised for his service to the district. Now, he is looking forward to representing the district himself and working on the issues that he feels strongly about.

“I’m really interested in the parks and recreation so that the kids have something to do,” Floyd said. “Plus, keeping them here in the county and keeping jobs here in the county. I’d like to bring some jobs in if there is any way possible. And safety—keeping everybody safe.”