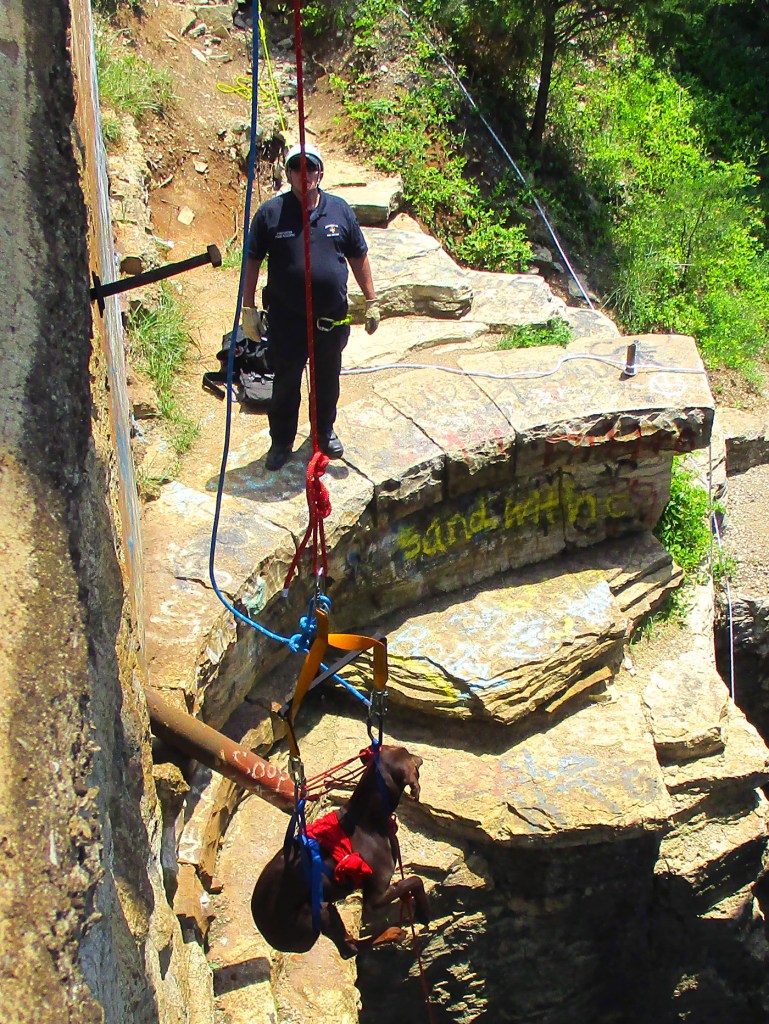 One Jessamine County family pet experienced the scare of a lifetime on Saturday, May 20, when she fell approximately 50 feet off of Highbridge in Wilmore.

Around 11:30 a.m. on Saturday, the Jessamine County Fire Department received the call that the doberman pinscher had fallen off Highbridge. 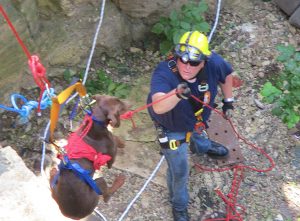 The entire high angle rescue — which Jessamine County Animal Care and Control Deputy Director Frank Ruggiero said was the first one they have had involve a dog — took approximately an hour and fifteen minutes.

“Everybody thought that it went flawlessly,” Ruggiero said of the technical rope rescue he assisted in. “It was a good system, a good plan and the end result was excellent.”

The three-year-old doberman pinscher, Liliana, only experienced a triangular wound on her chest from the steep fall.

“I’m very grateful they were able to pull her up and that was all the harm she had,” Liliana’s owner Charron Sayre said.

Her wound has since been stitched up, and Liliana is back at home with her family in Wilmore.