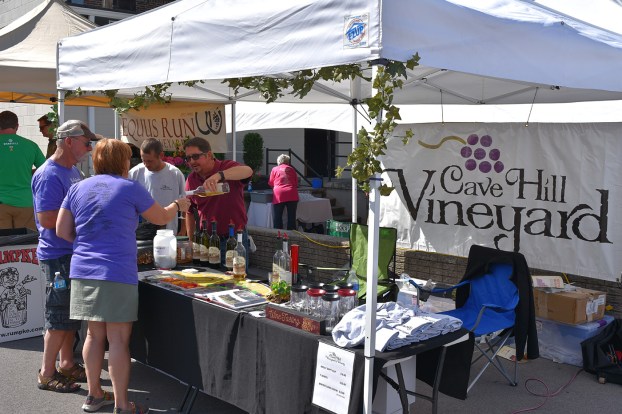 The 2017 Wine & Vine Fest, the official wine festival of Kentucky, took place Thursday through Saturday, and despite competition from other area events, it was successful in its improvement over last year.

Thursday night’s Farm To Table Dinner event featured a gourmet meal courtesy of local chefs and award-winning wines from state wineries. Festival Chairwoman Cathy Lowe said that the event was a hit with over one hundred participants enjoying the food, drink, fellowship and live music.

“We served the five Commissioner’s Cup Award wines for the state of Kentucky,” Lowe said. “And it was a really good five-course meal with music. Everyone enjoyed it, and they can’t wait for the one next year.”

On Friday, the first-ever Equine & Wine Tour offered bus transport to Taylor Made Farm, Chrisman Mill Vineyards and First Vineyard. Lowe said that the event was enjoyed by over two dozen visitors from as far away as Maryland and New York.

Saturday’s festivities kicked off with the Run For The Merlot 5K and 1K event, which saw roughly three-dozen participants from around the region. Wine tastings from fourteen participating wineries were offered all afternoon, along with an Art Walk on Main Street and Cooking With KY Wine Demonstrations with three celebrity chefs cooking meat donated by Marksbury Farm.

“Fourteen was good, because the year before, we only had two,” Lowe said of the wineries who participated this year. “We had five food vendors, whereas we usually only had one or two. I think they will see how this is growing, and it will be better than it used to be, I think it will get bigger.” 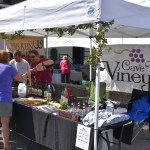 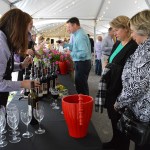 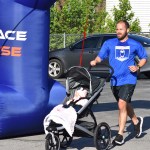 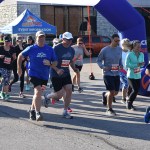 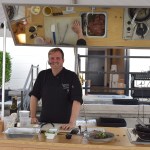