Former WJHS student looks to the stars for internship 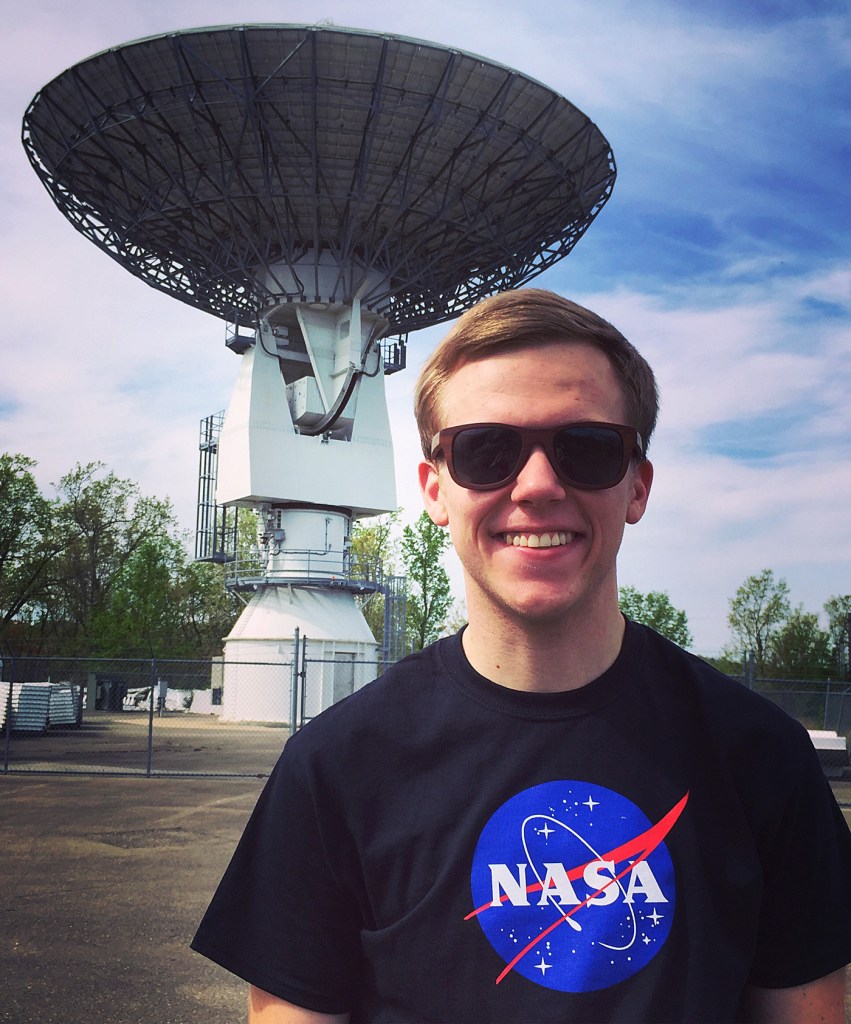 A former West Jessamine High student recently accepted an internship in Pasadena, California, where he will be working on a project for NASA.

David McElroy, 21, graduated from West High in 2014. He is currently a junior at Morehead State University with a double major in math and computer sciences.

Before he graduates next spring, McElroy needed to do an internship related to his major.

Originally, he applied for an internship in Wisconsin, but didn’t get it. Though he was discouraged, he didn’t give up.

Over the course of two weekends, McElroy said he wrote several cover letters, revised his resume and applied to all the top ten technical companies.

“It was kind of on a whim, it wasn’t something I planned for a long period of time,” McElroy said. “It was more so, I didn’t get into the one I wanted so I decided to shoot even higher.”

That ambition paid off in April when he received an email from NASA’s Jet Propulsion Laboratory California Institute of Technology — one of the internships he applied for.

McElroy has been chosen to work on a mission titled Lunar IceCube.

The mission will allow NASA to search for water, ice and other resources from above the surface of the moon.

Lunar IceCube will be among the first small satellites to explore deep space, and it will help lay a foundation for future small-scale planetary missions, according to NASA’s website.

The mission is also intended to provide more information to NASA that will allow them to send humans farther into the solar system.

During McElroy’s time working on the Lunar IceCube — which he said is expected to be released in 2018 — he will be participating in the development of structured databases, tools and ground software for the mission. He will develop, document, validate, and verify tools to support the transfer of essential metadata and data records to the permanent planetary data archive.

“Morehead State University is heavily involved with space science. Working on a project like this has always been an interest of mine, but seemed out of reach,” McElroy said. “Although I’m not sure what my future holds, my goal is to keep moving forward.”

He said depending on where the internship leads, he may take a more permanent position in the technology field or he may take the Law School Admission Test in September.

He said he enjoys the math and computer science field because it is logic based, and the improved logic skills he has acquired will help him do well on the LSAT.

McElroy is not the only one in his family to enter the field of law. His mother was a paralegal and his step-sister, Meghan Tyson, recently became Nicholasville’s first new city attorney in decades.

For now, McElroy is anxiously awaiting his 10-week trip to California

“I’m really excited,” he said. “At first I was overwhelmed and a little nervous, but it’s such a great opportunity that I couldn’t pass it up.”

McElroy attributes some of his success to his future mentor at JPL, Pamela Clark, and a biology professor at Morehead State University, Dr. David Peyton, who has offered him guidance and support throughout his time in college.

“During my pursuit of higher education, I have been afforded so many great opportunities,” he said. “I would not be where I am today without the support of my family and instructors.”