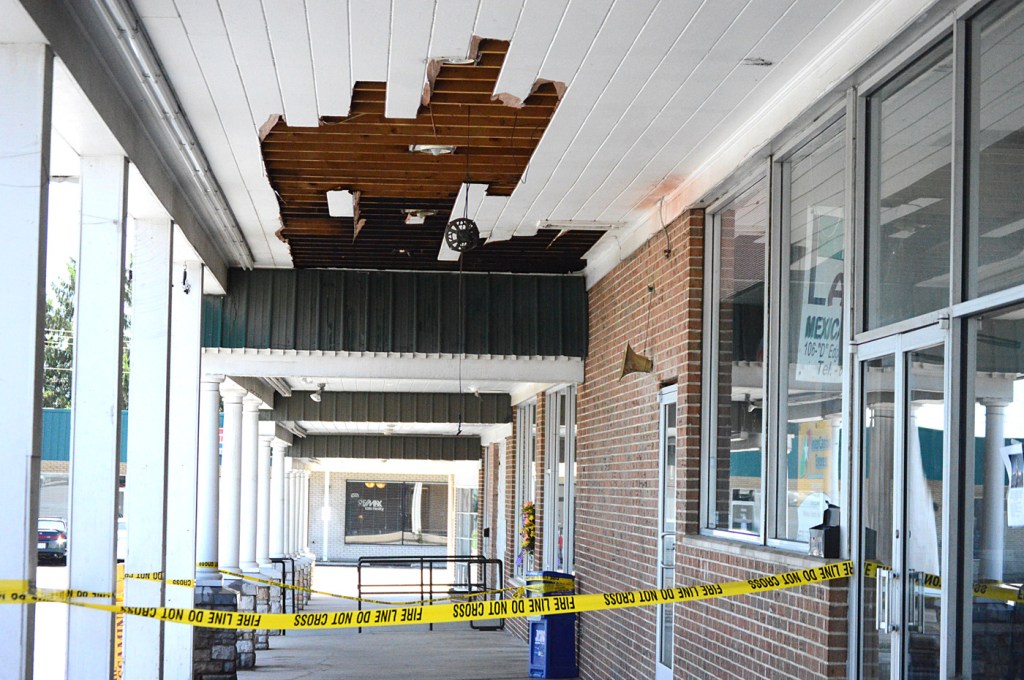 Caution tape continues to block off the front of a building in the Edgewood Plaza after a small fire occurred over the weekend.

The Nicholasville Fire Department received the call a little after 6 a.m. because smoke was coming from the overhang in front of the building that used to house Hanley’s BBQ. Firefighters spent the next two and a half hours putting out the fire and ensuring that nothing else was burning.

“The fire is still under investigation right now,” Battalion Chef John Schaefer with the Nicholasville Fire Department said. “All the businesses as far as I know were back operational later that day.”

The damage was contained to the roof area and the overhang, and there was no damage to anything inside the building, Schaefer said.

The smoke did make its way to some of the surrounding businesses, but no damage came from it. Schaefer said a few buildings had to be ventilated because of high carbon monoxide levels from the smoke. No one was injured as a result of the fire.