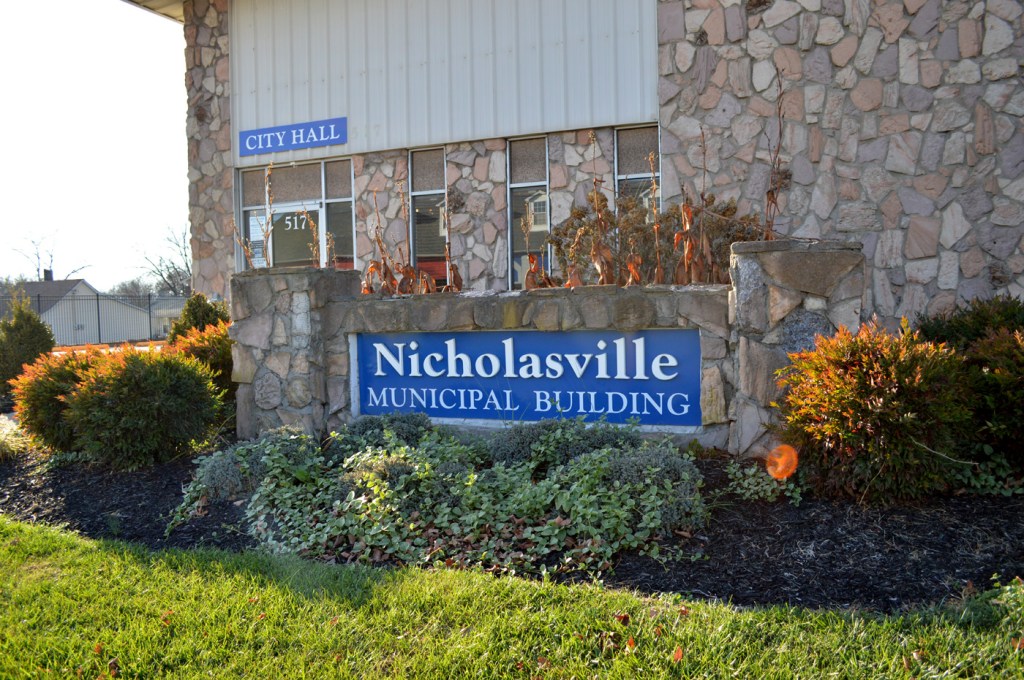 The discussion was a result of the incident that occurred on March 16 of this year, when former Nicholasville mayor John Martin and his border collie, Chelsea, were attacked by a pit bull while walking along Cherrybrook Drive. During the incident, the pit bull bit Martin and his neighbor, who tried to intervene. Chelsea later died at a veterinarian clinic as a result of the attack.

Commissioner Andy Williams requested that the matter be added to the agenda of the meeting.

“It was a tragic thing that happened to him,” Williams said of Martin’s incident. “It was very traumatic for him and his family with the loss of the dog.”

Williams said that he had requested City Attorney Meghan Tyson look into the city’s ordinance on animals. He said he looked over the ordinance, and though it was well-written, it did not clearly indicate the legal ramifications for liable pet owners whose animals harm others.

Tyson said that the ordinance includes a fine for keeping a dangerous dog, but the determination as to whether a dog is considered dangerous typically does not occur until after an incident takes place that warrants a court to make that declaration.

She said that the state has a statute that makes a dog’s owner liable for damages in the event of an attack, and as long as the city’s ordinance does not conflict with that statute, it would apply to incidents within the city.

Nicholasville Police Department Assistant Chief of Police Todd Justice confirmed that the pit bull that attacked Martin and his dog had attacked another animal previously. When asked about the frequency of reported attacks by dogs within the city, he responded that the reports come in waves.

“Sometimes we do [receive reports], then we will go months without seeing any,” Justice said. “It’s very hit and miss.” He said that calls are usually minor instances such as someone getting bit on the leg, and that they never get calls of the magnitude of the March 16 incident.

Chief Justice told the mayor and commissioners that after Martin’s incident was reported, the dog was captured and taken into the possession of Jessamine County Animal Care and Control, who he said handles the main portion of reported attacks. Mayor Pete Sutherland said that he had heard that the dog was currently back in the custody of its owners, but didn’t have confirmation.

The commissioners discussed measures that other communities set forth to deter loose control over dangerous dogs by their owners. Commissioner Patty Teater said that Wilmore’s animal ordinance has a $200 fine for such incidents, while Stanford’s fine is $500.

Williams said that he had been approached by a community member with concerns over the city banning pit bulls specifically, which he said was not the case.

“That wasn’t the intent at all,” Williams said. “What we’re trying to do is prevent a tragedy like this from happening again. It shouldn’t have happened.”

The city’s current ordinance defines a dangerous dog as one declared by a court to be a vicious dog, or any dog which bites or inflicts injury, among other actions. City Attorney Tyson said that from a due process standpoint, a court would require some form of a proceeding before imposing a penalty.

There is currently a process in place where an individual can file a complaint in district court against someone they claim is harboring a dangerous dog. However, that process does not apply to the city’s enforcement.

Mayor Sutherland said that he thinks when a dog attacks two people such as the one on March 16, there should be consequences. Tyson replied that the current ordinance does not impose a fine if a dog attacks someone, but it does require the owner to pay for damages. However, the matter still must go to court as a civil action against the animal’s owner filed by the victim.

“Enforcement is the issue,” Chief Justice said. “Police usually get the calls, and we have to rely on animal control to help because that’s what they do all the time. We’ve all got to work together to get it accomplished.”

Chief Justice said that all dog bites that the police deal with are required to be reported to the Jessamine County Health Department. He said that all reported bites are recorded, and each time the Nicholasville Police Department responds to a biting incident, they give a copy of the animal ordinance to the parties involved. Officers also have a form that attack victims can sign for animal control to request that the animal be euthanized based on vicious behavior. However, he said most of the time the individual declines.

Tyson said that if the city wants to impose a penalty when an attack occurs, it would have to list an attack as a violation of the ordinance, which it currently does not. Harboring a vicious dog is a violation, but that determination cannot be made until after an attack takes place.

She said that in the particular case of the March 19 incident, there were other ordinance violations that took place, such as the pit bull breaking loose and running at large. There were also questions about the owner’s insurance. However, it was confirmed that the dog was current on its vaccinations.

It was determined that Tyson will look further into options for revamping the city’s animal ordinance, and the matter will return to the agenda at a future meeting.