City resident inducted into the KY Journalism Hall of Fame 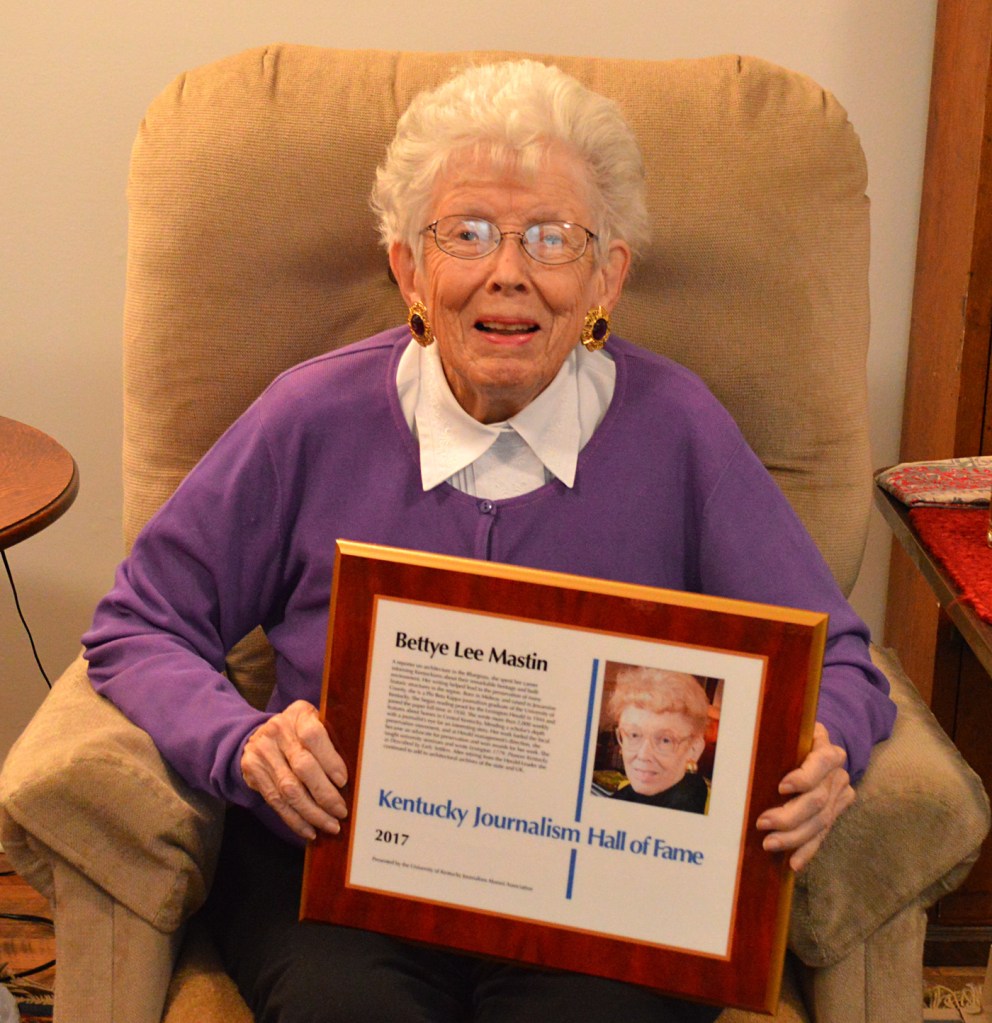 A Nicholasville resident was recently among nine other journalists to be inducted into the Kentucky Journalism Hall of Fame for her service of over 50 years in the field.

Bettye Lee Mastin — who turned 90 this month — found her love for writing when she was a child thanks to her mother encouraging her to write every day.

Mastin was born in Midway and raised in Jessamine County.

She said when she graduated from Nicholasville High School in 1944, she knew exactly what she wanted to be — a poet.

After high school, she attended the University of Kentucky while also working part-time at the Lexington Herald-Leader.

One day a professor and friend at U.K. gave her some advice.

“She said Bettye Lee, poetry doesn’t pay,” Mastin said in her acceptance speech at the awards ceremony for inductees on Friday, April 28.

Because of that advice, Mastin began to focus more on Journalism.

After graduation, she was hired as a full-time employee at The Lexington Herald-Leader — where she remained until she retired in 2001.

Mastin played a key role in the creation of the Home page in The Lexington Herald-Leader.

For 50 years, many people in Central Kentucky welcomed Mastin into their homes so that she could tell the story of the structure.

“The Home page allowed me to learn more about Kentucky architecture and I loved doing it,” Mastin said during her acceptance speech.

Mastin’s career took her to many places all over the world including Washington D.C. and England.

“I went wherever the story was,” Mastin said.

During her time at The Lexington Herald-Leader, she wrote more than 2,000 weekly features about homes in Central Kentucky, and her work helped to fuel the local preservation movement. Mastin has also taught university seminars and wrote: “Lexington, 1779: Pioneer Kentucky, as Described by Early Settlers.”

She said her favorite part of the job was getting to go places and meet people.

She said she enjoyed writing about old houses because they had been through so much, and despite the world changing around them, they were still there and the people who cared about them continued to preserve them.

“In my youth I knew I could not image life without writing every day, but to be paid for writing, and to enjoy a job that I did working on the paper all those years and now to be honored in the Journalism Hall of Fame, as Jimmy Stewart says ‘It’s a wonderful life,’” Mastin said during her acceptance speech.