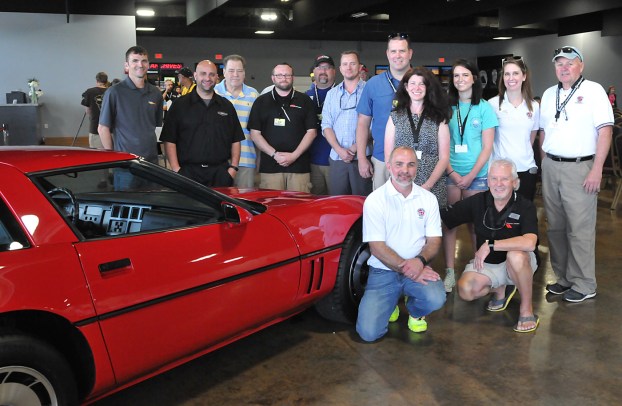 When a Nicholasville police officer passed away two years ago, he left behind his wife, three children and an unfinished project that was recently completed thanks to a museum and the kindness of strangers.

Officer Burke Rhoads was killed in a three-vehicle accident on U.S. 27 in Garrard County on his way to a training in Richmond in March 2015.

The community has honored his memory in various ways, including artwork, a memorial and now an unfinished project he was working on before he passed.

During his life, Burke was a big Corvette fan. So much so that he purchased one to fix up as time and finances allowed.

His unfinished restoration of the 1984 red Corvette left a lingering promise to his daughter Jacquelyn, who was going to drive the car to her prom next year.

In an attempt to finish the restoration her husband started, Rhoads’ wife Melissa reached out to the National Corvette Museum in Bowling Green in July of last year. She was only asking for help finding a paint shop in the area that would be able to work on the car.

After hearing the family’s story, the museum decided to do a little bit more than just help Melissa find a local paint shop, they took on the entire project.

“We just really wanted to show our support and our appreciation, not just for her and her family but for police officers everywhere,” said Katie Frassinelli, marketing and communications manager of the National Corvette Museum.

The project began in August 2016 and took around nine months to complete.

Museum Vehicle Maintenance and Preservation Coordinator Daniel Decker worked on the car as time would allow, completing unfinished repairs, such as sealing leaky windows and fixing the air conditioning.

“It was a lot of fix one thing, and then see what else needs to be done, order the part and fix that,” Frassinelli said. “It was kind of like the more we got into it the more little things we found that we could do to make it that much better.”

PPG Automotive Refinish donated some bright red paint to replace the seven layers of old paint that had to be stripped, and Final Finish in Morgantown applied the fresh new color to the car.

Corvette Central, Auto Zone and Midas also pitched in donations to ensure that the project was completed both inside and out. Members of the Museum and Bluegrass Corvette Club also contributed.

As a thank you, Melissa presented the museum with patches that came from Burke’s uniform, one of them had his name on it.

Those patches too became a part of the project as they were stitched onto cover for the center console in the Corvette.

“We thought this final touch would mean so much to the family and truly completes what has become a tribute to Burke and police officers everywhere,” Frassinelli, said in a press release on the National Corvette Museum website.

Thanks to the kind acts of many, a promise has been fulfilled and Jacquelyn will now have a car saturated with memories of her father to drive to her prom next year.

The finished project was appreciated by friends, family and Corvette connoisseurs alike at the National Corvette Museum on Saturday.

“I can’t express my appreciation and thankfulness for everything,” Melissa was quoted on the National Corvette Museum’s website. “Words can’t convey the emotions that I feel about what you all have done for us.” 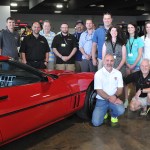 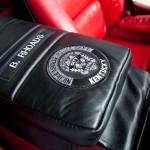 Teen still missing after a week

A Nicholasville teen has still not returned home after missing for a week. Lola Thorpe, 13, was last seen on... read more