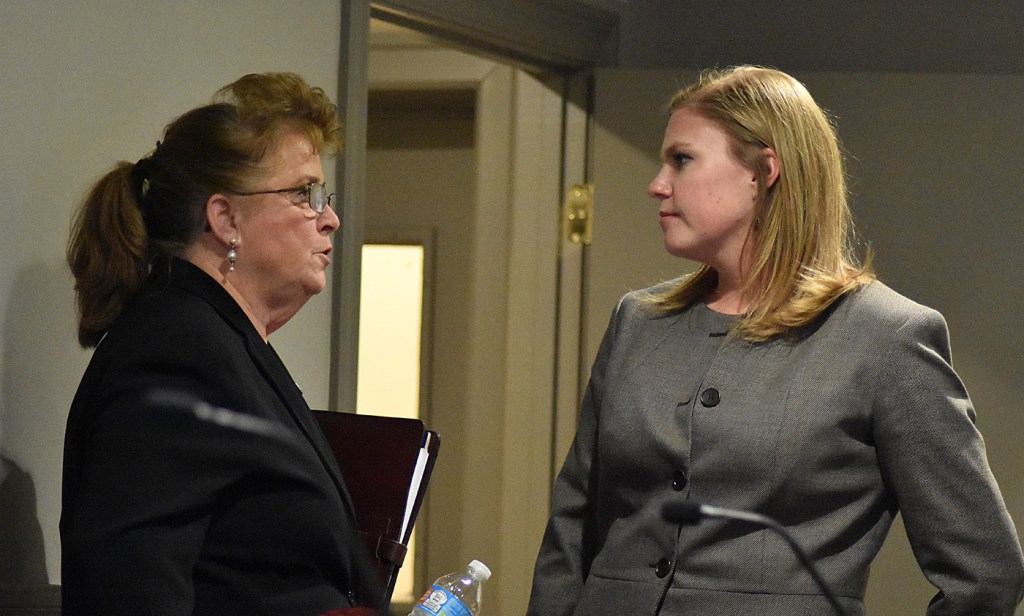 On April 4th, Nicholasville’s first new city attorney in decades had her first official day on the job. For Nicholasville native Meghan Tyson, accepting the job was the realization of a long-time professional goal.

“I’ve lived in Nicholasville almost my whole life,” Tyson said. “My family moved here when I was a little less than two years old.” She grew up in town and graduated from West Jessamine High School in 2003 before finishing her undergraduate studies at the University of Kentucky in 2007 with a degree in Mathematical Economics. Since graduating from UK’s College of Law in 2010, Tyson has been practicing law for seven years.

Though her professional law career has taken a few turns around the area since entering the field, Tyson maintained the goal of working her profession in her hometown in some way when the opportunity presented itself.

“I have always wanted to work in Nicholasville,” Tyson explained. “I never knew exactly what capacity that would be in, but when I heard about this position becoming available, I knew I had to go for it because I saw this as a great opportunity.” She said that in the unique role of city attorney, she feels like a public servant for the people she lives with and now works with every day.

Tyson said that though many of her associates begin their educational journey with a specific plan in mind for the type of law they plan to practice, she was uncertain at her enrollment. After graduation, her first position was clerking for a family court judge for nearly two years. Though it was an educational experience for her that she enjoyed, she didn’t feel that family law was the right fit for her. She took time off at home to be with her daughter, before taking a different route in the way of real estate law.

“I really loved that commercial real estate area of law,” Tyson said. “It was really interesting to me.” After three years of practicing real estate law for Frost Brown Todd in Louisville and commuting, she began looking for a closer alternative. That alternative was Walters Meadows Richardson, PLLC in Lexington, where she practiced insurance defense and general litigation. Though she enjoyed practicing litigation for that firm and the people she worked with at their office, the opportunity to work for her hometown was a chance she couldn’t pass up.

She said that she is grateful for the varying experiences that her career thus far has awarded her, because those experiences will benefit her in her current position. She said that the City Attorney position does not practice one specific type of law.

“You really cover all bases here. So having that little bit of transactional background with the real estate work that I did is going to be helpful, and also the litigation side of it,” she explained. “This position is going to be kind of a hodgepodge of everything that I have done in the past, so I am excited.” Tyson said that she has been welcomed with open arms, and looks forward to working with the city’s mayor and commissioners.

Tyson lives in the city with her husband of nine years, Garrett, and their two daughters, Hadley, 6, and Ava, 3.