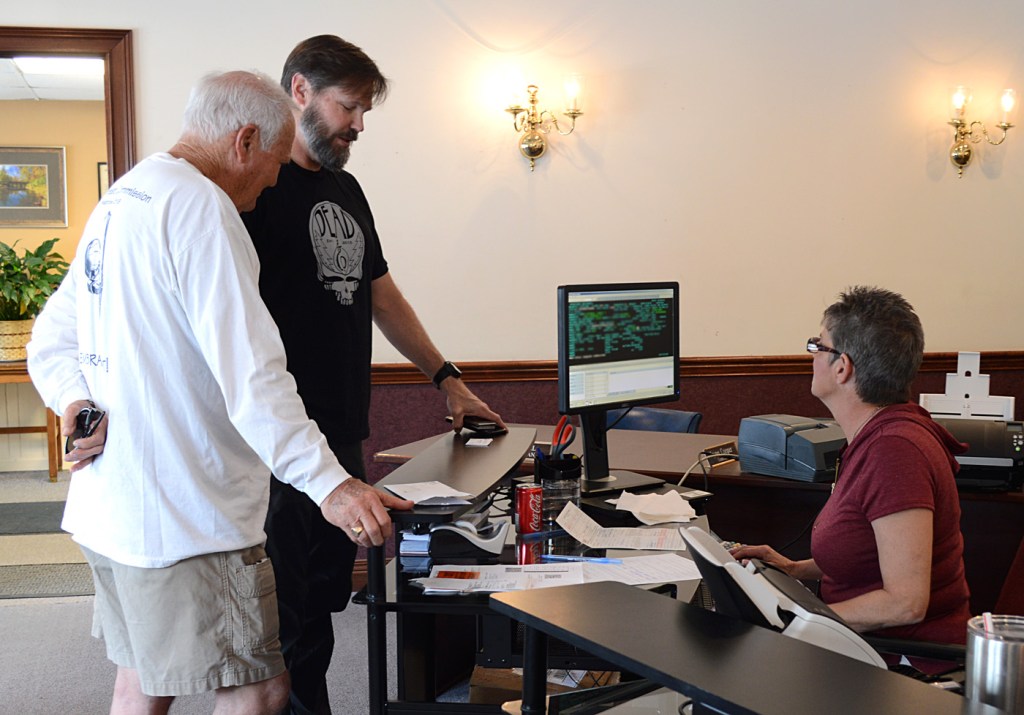 Residents of Wilmore will no longer have to make a special trip to Nicholasville to renew or transfer titles to passenger cars, trucks and boats thanks to a new satellite office that opened in City Hall on Tuesday, April 11.

“Wilmore was a good place to put it because we’re out of room in Nicholasville,” Jessamine County Clerk Johnny Collier said.

Customers can also get disabled placards and register to vote at the new satellite office, which was first requested three years ago when Collier was campaigning for the county clerk position. He said he was asked to put an office in Wilmore because of the few parking places at the Nicholasville location, and the difficulty for elderly people to navigate.

“It’s just a much more convenient location for people in Wilmore,” Collier said.

The new office will have a minimal impact on the budget because the space it is located in is rent-free, and the equipment was provided by the state, he said.

Deputy clerks Sherry Johnson and Breanna Rainwater will leave their regular offices in Nicholasville three days a week to work in the new Wilmore office.

Wilmore City Clerk Sharon Moore said nine people came in to use the new office on the first day it opened.

The office has also had a minimal impact on the normal workflow of the city hall, and the equipment doesn’t get in the way because it has wheels that allow it to be moved into another room.

“The people coming in are so grateful to have it,” Back said. “They’re really happy.”

The Wilmore office is open from 9 a.m. to 3 p.m. on Tuesdays, Wednesdays and Fridays.

Collier said he has received positive feedback regarding the satellite office.

“We’ve had the right number of people so far,” he said.

As word spreads about the new amenities in Wilmore, he expects business to pick up.

Andy and Lyn Neyman utilized the satellite office in Wilmore on Tuesday by conducting a car transfer.

“We think it’s wonderful,” Lyn said. “When people get used to it, it will be a real asset to Wilmore.”