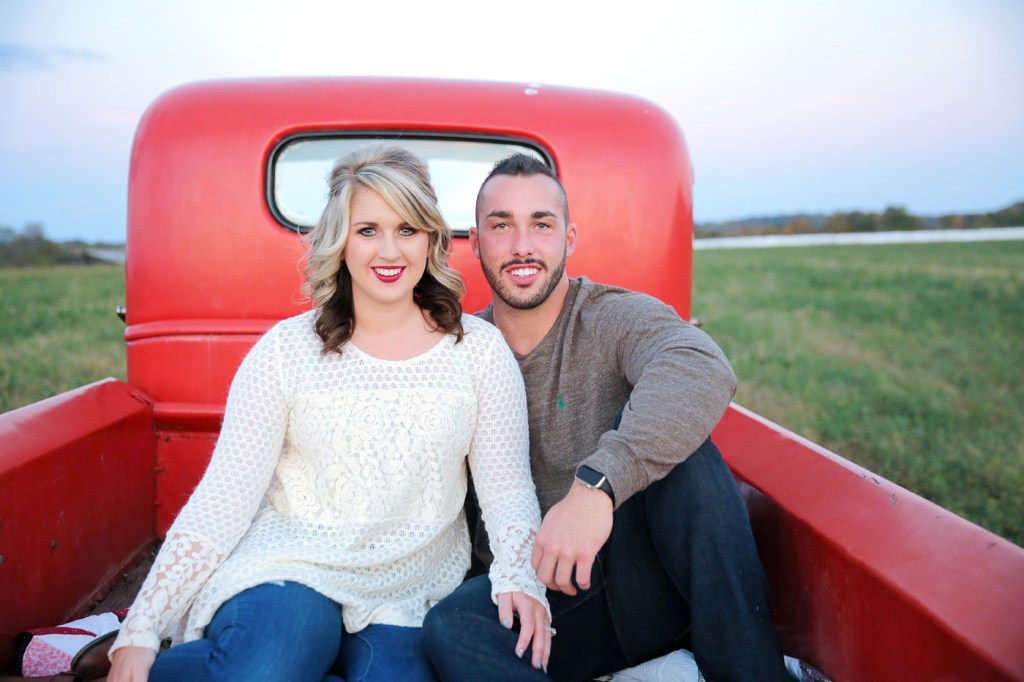 Sammy and Kim Grimes of Stanford announce the engagement and forthcoming marriage of their daughter, Hannah Kristin Grimes to Brent Norman Cain, son of Pamela Roberts and Greg Kirkpatrick of Stanford and Steve and Sharon Cain of Cincinnati.

The bride-to-be is the granddaughter of Ronald and Janice Marple Baird of Hustonville and David and Jo Wiggs Irvin of Wilmore and the late Sammy Grimes, also from Wilmore. Hannah is a 2011 graduate of Lincoln County High School and a 2015 graduate of Western Kentucky University, where she received her Bachelor’s degree in Communication Disorders. She will receive her Master’s degree from WKU in Speech Language Pathology in May. She will be employed as a Speech Language Pathologist at Total Pediatric upon graduation.

The groom-to-be is the grandson of Sherman and June Williams and the late Norman Roberts of Stanford, and RC and Saundra Cain of Casey County. Brent is a 2010 graduate of Lincoln County High School, and received his Associates in Applied Science in Surgical Technology in 2014 and Bachelors in Health Science in 2016 from St. Catherine’s College, and a First Assistant’s Associate from Madisonville Community College in 2016. He is employed by Ephraim McDowell Regional Medical Center at both Stanford and Danville.

The wedding will take place on May 20, 2017, at Warrenwood Manor in Danville, Kentucky. Invitations will be sent.