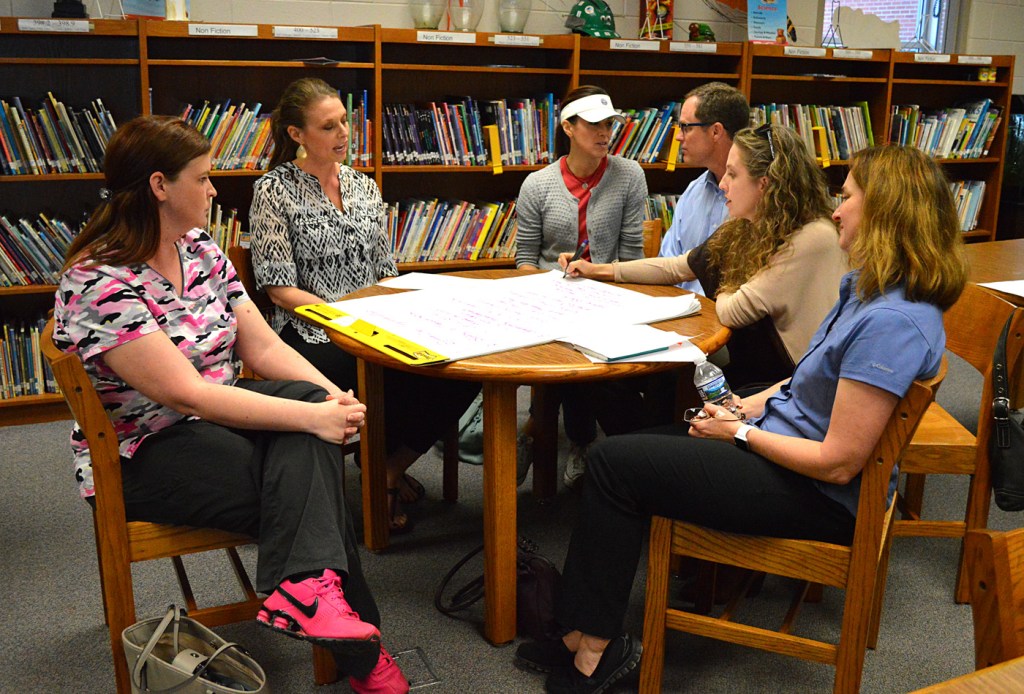 The redistricting plan that failed to pass at the March 20 Jessamine County School Board meeting was approved on Monday night in a 3-2 vote.

The plan approved has been commonly referred to as “option two,” which was first introduced at the Feb. 13 school board meeting along with two other options.

When Assistant Superintendent and Chief Operations Officer of Jessamine County Schools Val Gallutia first presented the options, he explained that the need for the redistricting came from the current overcrowding issue at Rosenwald-Dunbar Elementary School and the potential overcrowding for West Jessamine Middle School. RDES principal Beth Carpenter brought forth her concerns of the overcrowding at the elementary school to the district administrators about two years prior to the vote on Monday night. On Feb. 13, Gallutia said if something was not done soon, extra trailers, which can cost up to $20,000 per trailer per month, would have to be brought in for the elementary school, which was already using unconventional space, such as the library, for classes.

Time was not expected to alleviate the overcrowding. The elementary school had a fast growing subdivision — Brannon Crossing — within its attendance boundary. This subdivision could have caused enrollment to increase even more in future years.

That overcrowding was expected to eventually seep into West Jessamine Middle.

What will the approved redistricting plan do?

The approved redistricting plan is expected to cause the population at Brookside — a school building with the capacity to hold 630 students — to go from an estimated 523 students to 573. In turn, RDES — a school building that has the capacity to hold 620 students with an enrollment of approximately 670 — was estimated to decrease by about 76 students. The plan is expected to affect around 108 of the over 8,000 students in the Jessamine County School District.

Approximately 40 residential streets and several more business streets reside within the redistricting area situated at the north end of Jessamine County from Clays Mill Road extended east through the current and approved planned subdivision on East Brannon Road. It will extend south onto U.S. 27 North and the U.S. 27 Bypass.

A complete list of the roads affected can be found at http://www.jessamine.kyschools.us/Content2/1786.

Based on current information, the redistricting plan is expected to last at least five years before another redistricting may be necessary depending on the growth of the county, according to JCS administrators.

“I’m certain that the next superintendent and his or her team will certainly have to monitor the growth of our county,” Fields said to the Jessamine Journal after the meeting Monday night.

An hour prior to the specially-called meeting on Monday, a parent forum was hosted at Rosenwald-Dunbar Elementary.

Fields and board members John Branscum and Bobby Welch were in attendance.

At the beginning of the forum, Fields pointed out that only two board members could come to avoid breaking a rule to the open meetings law.

Branscum encouraged the crowd in the library to keep a “Team Jessamine” mindset and to know that redistricting is something the board needed to do soon because of overcrowding.

“We wanted to get this opportunity to give the community as a whole, and anybody that had concerns or interests to come forward,” Branscum said.

Community members were split up into three groups, where they wrote down their ideas and suggestions on paper. At the end of the forum, each group presented what they had written down.

Those papers were taken to the board meeting and hung on the walls around the board members to be taken into consideration.

Each group echoed similar sentiments, more long-term planning, getting rid of feeder schools and considering the cost of transportation.

One group suggested improving East Jessamine High to avoid the preference of one over the other.

Parent Virginia Mims said Fayette County prepared for their redistricting for almost a year or more and their planning included the community. She stressed the importance of community involvement.

Mims also requested a public hearing prior to an hour before the vote is to be taken on the matter and include more than just the two board members.

She then pointed out that the process is flawed because no one at the forum was really aware of the plan that the board was approving, which in the end was option two.

At the specially-called board meeting, Branscum and Fields updated the board on what happened at the parent forum. Fields addressed one of the group’s suggestions to improve East High.

“In the last four years, we have worked very, very hard to improve every school in this district,” Fields said.

She pointed out that there were two distinguished school banners hanging on the walls in the meeting room — one for East and one for West.

“I have principals who have taken direct offense at the comments that have been made by parents and perhaps actions by our board, that would implicate that East children were lesser than West children,” Fields said.

She noted that some day soon her grandson will be going to the East track, and she can say without hesitation that the East track is just as good as the West.

At the end of the meeting, Debrah Hood made the motion to approve the redistricting plan, and Hallie Bandy seconded it.

Chairwoman Amy Day, who abstained from voting on the matter at the March 20th meeting that ended in a tie, voted yes to the redistricting plan on Monday, along with the board members who voted yes to redistricting at the previous meeting, Bandy and Hood.

Day said she abstained her vote at the last meeting because her family owns property — Day Boulevard — which would have been affected by the redistricting. She said she wanted to be transparent about everything.

“I didn’t want anything to be said to discredit why I voted the way I did,” she said.

Following Monday night’s meeting, Day said she voted for the redistricting because the property is not residential and will never house students.

She said all schools in the district are good schools, and she expressed her wish that parents would give them a chance.

“Our school district as a whole is about all the kids,” Day said. “It’s not East or West it’s about all, that’s our job.”

For the second time, Branscum and Welch both voted no to the redistricting plan on Monday night.

Fields said she felt the information was presented accurately to the board, and she supports their decision.

“The board spent a great deal of time looking at the data, Fields said. “They never make a decision like this lightly.”

Option two was the plan Fields said she has recommended all along because it best eliminated the problems and affected as few children as possible.

Many of the parents who attended both the forum and the meeting used the same word to describe their feelings on the outcome: disappointed.

Parent Catherine Fonua — who has two children who will soon be in school and family members who are currently being impacted by the redistricting — said the board showed no interest in the information presented to them from the parent forum at the library.

“When they reported it to the women not at the meeting, they didn’t ask one single question, they didn’t even look at the notes that the people at the forum had made,” Fonua said. “Not even an effort to pretend they were interested in our opinions.”

Many parents called for a more long-term plan rather than the approximately five-year one that was approved.

“The outcome of the vote shows that they don’t truly care about the effect it has on the students,” said Cynthia Diaz, a parent of five children who are all likely to be affected by the board’s decision. “We are looking for a long-term goal that would be a plan students can then progress with and make friendships with and have roots that will last and help them in their education.”

Diaz said she understands that there is overcrowding that needs to be fixed, but she believes the board should have gone with a plan that will fix the problem for right now and the distant future.

“The community wants to be involved,” said parent Virginia Mims. “We wanted to have our voices heard, we wanted to be a part of the process, and they did not provide adequate opportunities for that.”

The redistricting will take effect during the 2017-2018 school year.

The administration will now begin preparing for the transition and making sure that parents are informed.

“I know that we will the make the transition for these students as seamless as possible,” Fields said.

Brookside Elementary will host an open house in early May with welcoming activities for parents and students who will be transitioning into the school from RDES.

Fields said the process will begin very quickly to ensure that all students have the opportunity to get in and get acquainted with their new educational surroundings.

All elementary schools will be capped at their student capacity limit in future years except in the case of an emergency.

A grandfathering clause will be available for any current 4th through 11th-grade students to complete their schooling at RDES, West Jessamine Middle or West Jessamine High, providing that their parent or guardian transports them. This clause will not apply to students currently in grades Kindergarten through 3rd grade, or not yet enrolled in school.