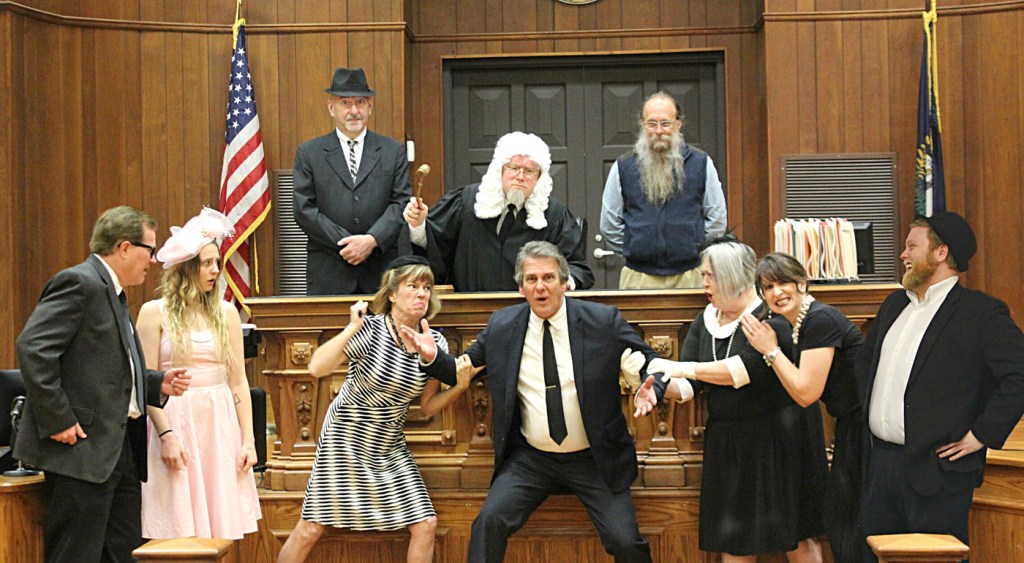 Tickets are now on sale for the first KCAL Old Time Radio Show of 2017.

The old time radio troupe that reenacts radio shows from the 1940s will start their third year off on a lighter note with the classic comedy “My Favorite Husband.”

“This was a big time show back in the late 40s,” said Doug Fain, one of the producers of KCAL.

In the romantic comedy, a woman goes on an archaeological study and gets lost at sea. Seven years later, her husband declares her dead so he can marry his new girlfriend. On the exact same day he does this, his presumedly deceased wife shows up, and he has to decide which one he wants to be with.

“I think people will really enjoy it,” Fain said.

The actors and actresses have been practicing for the show since the first week of March, but the show itself has been in the works for around 12 weeks, Fain said.

Audience members of the spring show will be the first ones to sit in the 50 new chairs that were donated to the Creative Art League of Jessamine County by Mt. Lebanon United Methodist Church in Nicholasville.

Donations from community members and sponsors such as the Boston Road Animal Clinic — who is also sponsoring this show as well as KCAL’s podcast — have allowed the old time radio troupe to purchase their own equipment such as microphones used in the shows.

Fain said the Friday night show has already sold out, and he anticipates within the next week-and-a-half the Saturday and Sunday shows will follow in its footsteps.