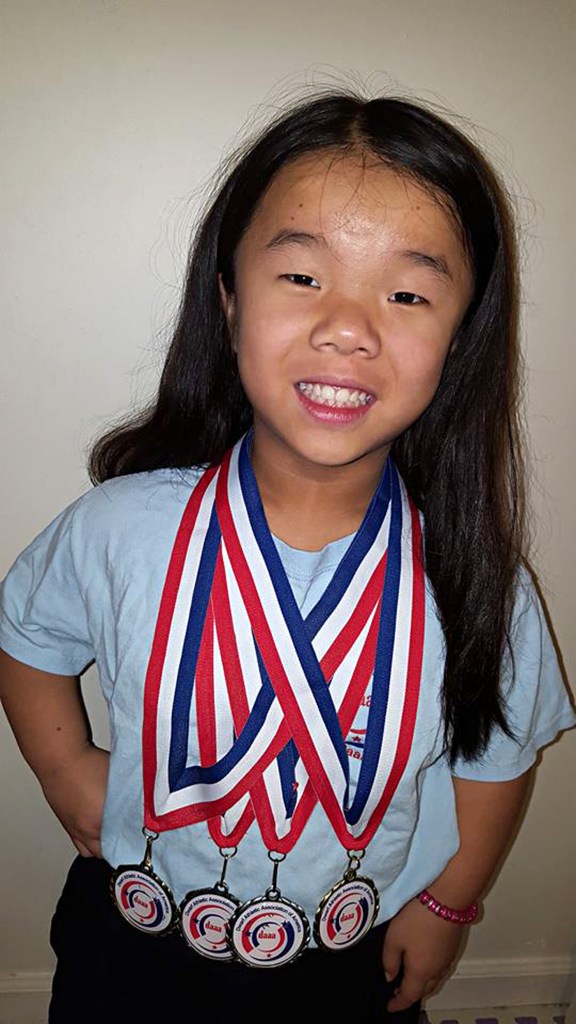 A local child is requesting help from the community to reach a stepping stone in her athletic dreams.

Johanna Dismuke is a current resident of Nicholasville who is originally from China. Johanna was adopted by Heather and Michael Dismuke, and arrived at her new home on Christmas Day in 2013.

“She was our Christmas present,” Heather said.

Johanna, who will turn 10 years old on Easter this year, was born with Achondroplasia — the most common form of dwarfism that occurs in about one out of 26,000 to 40,000 babies. Those with achondroplasia have a relatively long trunk and shortened upper parts of their arms and legs.

“But in the United States, she just needs a stepping stool,” she said.

Those stepping stools are exactly what she was provided with in her new home. Heather said Johanna is now beginning to climb things and find her independence.

“It’s crazy how much she has changed in a year,” she said.

Something that has really helped her along with that confidence is her newly-found love for athletics.

Johanna enjoys various activities including swimming, running track, ballet and her favorite, archery, which she has been doing for the past two years.

“I think archery is her love because it doesn’t really matter your size when you do archery,” Heather said. “There’s no limitations.”

Last year, Johanna participated in the Little People of America Conference in Boston, where she became involved with the Dwarfism Athletic Association of America (DAAA), and competed in the Dwarf Games for the U.S. where she placed in swimming and running track.

“That was her first time competing against other people that were of the same stature as her,” Heather said. “And I think she just realized, ‘Oh wait, I can get medals, I can do these things and I’m just like everybody else,’ and so that’s why she really wants to do this.”

During the conference, a competition in archery was not offered. However, Johanna would have the chance to compete with her bow and arrow in the seventh annual World Dwarf Games — an international competition for those with dwarfism — in Ontario, Canada.

The family has been fundraising for several months to go to the event, and as of Wednesday, they have raised a total of $130, $80 of which is on their GoFundMe page. The family would need around $3,000 to cover the cost of passports, uniforms, registration and other items Johanna and her father Michael would need to travel to Canada to attend the Dwarf games the first week of August.

If the family does not raise the money by the end of April, Johanna will not get to attend the games, which only occur once every four years. The next World Dwarf Games will not occur again until 2021.

“This is her opportunity to compete against people from all over the world,” Heather said.

If Johanna does get to go, she will be competing in activities such as archery, swimming and track and field. Heather said her daughter’s ultimate goal is to one day compete in the Paralympic Games — which is a major international multi-sport event involving athletes with a range of disabilities.

“This is kind of like the stepping stone to the next step,” she said.

Until then, Johanna recently joined 4-H archery so she can practice and hone in on her skills that Heather said are improving right along with her confidence.

“She really does want to compete,” Heather said.Those interested in helping Johanna attend the World Dwarf Games can donate to her GoFundMe page.