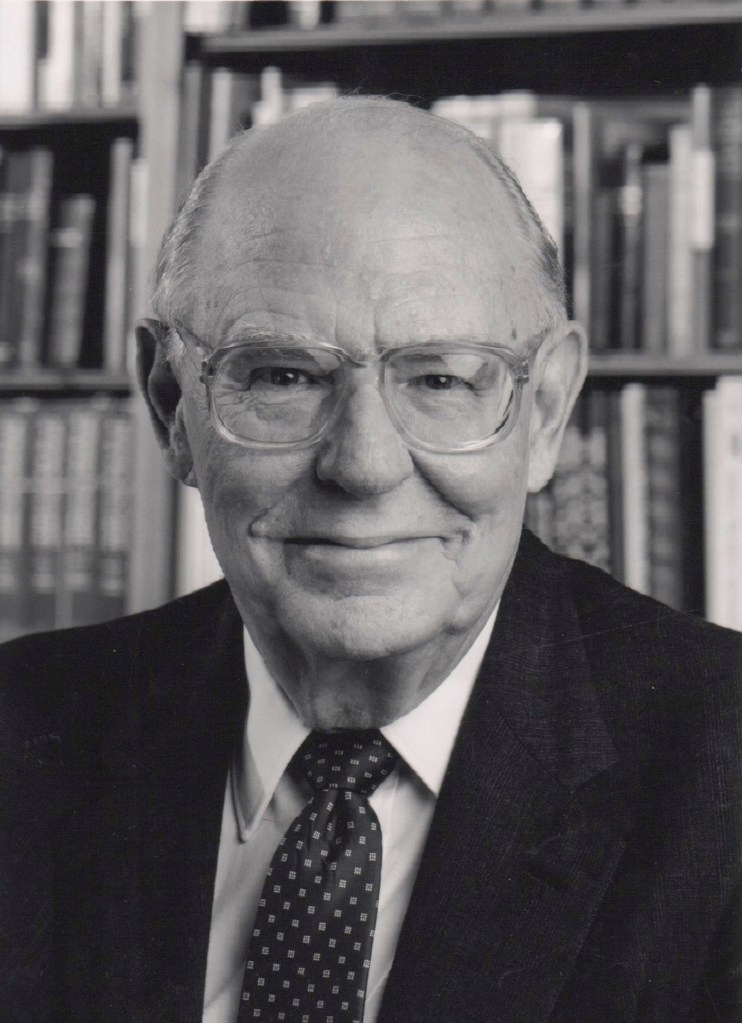 Former Asbury President Dr. Dennis F. Kinlaw, one of the longest-serving presidents in the University’s history, passed away at 94 on April 10, 2017. Visitation will take place from 4 p.m. to 9 p.m. at the Hughes Auditorium at Asbury this Friday, with a Celebration of Life at 10 a.m. at Hughes Auditorium. The service will be streamed on the University’s website at asbury.edu.

An eminent scholar, visionary leader and minister of the gospel, Kinlaw is remembered in the Asbury community as one who modeled a commitment to academic rigor, spiritual vitality and personal holiness. During his two presidential tenures (1968-81 and 1986-91), Kinlaw charted the course for a period of spiritual revival, enriched academics and unprecedented growth.

Born in 1922, Kinlaw received what he would later call “the most significant spiritual experience” of his life under the preaching of then Asbury President Henry Clay Morrison during the Indian Springs Camp Meeting in 1935. Thirteen years old at the time, Kinlaw heard Morrison preach on entire sanctification — an experience that would profoundly shape his spiritual life and academic career.

Kinlaw attended Asbury from 1939-43, where he distinguished himself in many areas. In addition to serving as student body president, he served as president of the freshman, sophomore and senior classes, volunteered in a college missionary society, led the debate team for three years and served as religion editor of the Collegian student newspaper.

In 1968, Kinlaw accepted an invitation to serve as president of Asbury. Under his leadership, Asbury experienced great academic and institutional growth, adding a new department of student affairs, creating new majors including social work and computer science and hiring many new faculty members. In the first 10 years of Kinlaw’s presidency, the number of faculty rose from 50 to 96, the majority of new faculty having earned terminal degrees.

During Kinlaw’s two tenures, Asbury continued to achieve higher standards of excellence and innovation, completing two 10-year, self-study procedures for the Southern Association of Colleges and School (SACS), planting the first seeds of the Media Communication program and raising funds for and building the Kresge women’s residence hall. During this time, Asbury also entered into intercollegiate sports, reached a record high enrollment and adopted a rigorous plan for minority recruitment.

Dr. Kinlaw was honored with Asbury University’s Kinlaw Library, which was dedicated in June 2001.

Kinlaw was preceded in death by his wife, Elsie Blake Kinlaw, and is survived by children, Beth Kinlaw Coppedge, Dennis Kinlaw, Jr., Katy Kinlaw Key, Sally Kinlaw Babcock and Susie Kinlaw. Interment will be in the Wilmore Cemetery.