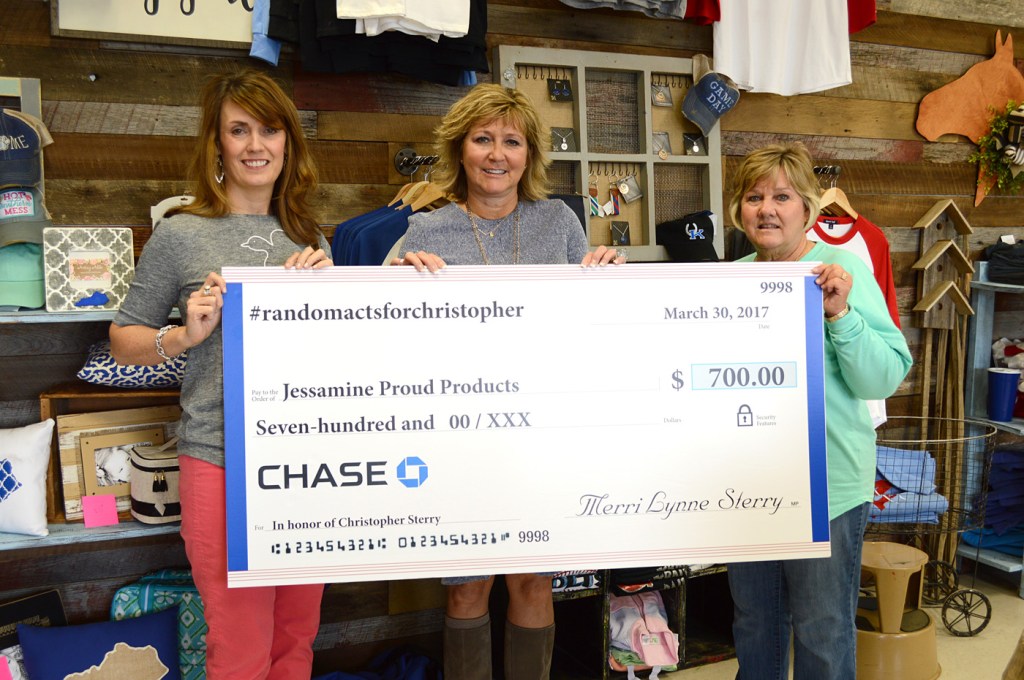 After about a month of fundraising and many random acts of kindness in the community, Merri Lynne Sterry — mother of Christopher Sterry, who died in a car accident in January 2015 — has raised $2,100 in honor of her son’s memory.

“It was phenomenal,” Merri said about Random Acts for Christopher. “I was just really blown away with all the participation and all the people who got involved.”

Amteck of Kentucky Inc. — an electrical contracting company —  performed their own act of kindness by sponsoring the $10 #randomactsforchristopher T-shirts being sold in the Jessamine Proud stores in East and West Jessamine High Schools. This act allowed 100 percent of the proceeds to be donated to organizations in the community.

Merri will soon be presenting the last $700 check to the Jessamine County Humane Society. She said she is thinking about putting $500 of it toward the Kennel Plaque Memorial Honor Program, which allows those who donate to choose a personalized plaque that will be placed on either a puppy or a cat kennel. Merri said she would like to put Christopher’s name on a plaque along with Prissy — her Yorkshire Terrier who passed away on Sunday, March 26. 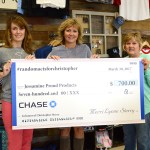 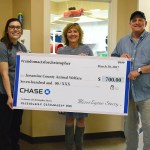