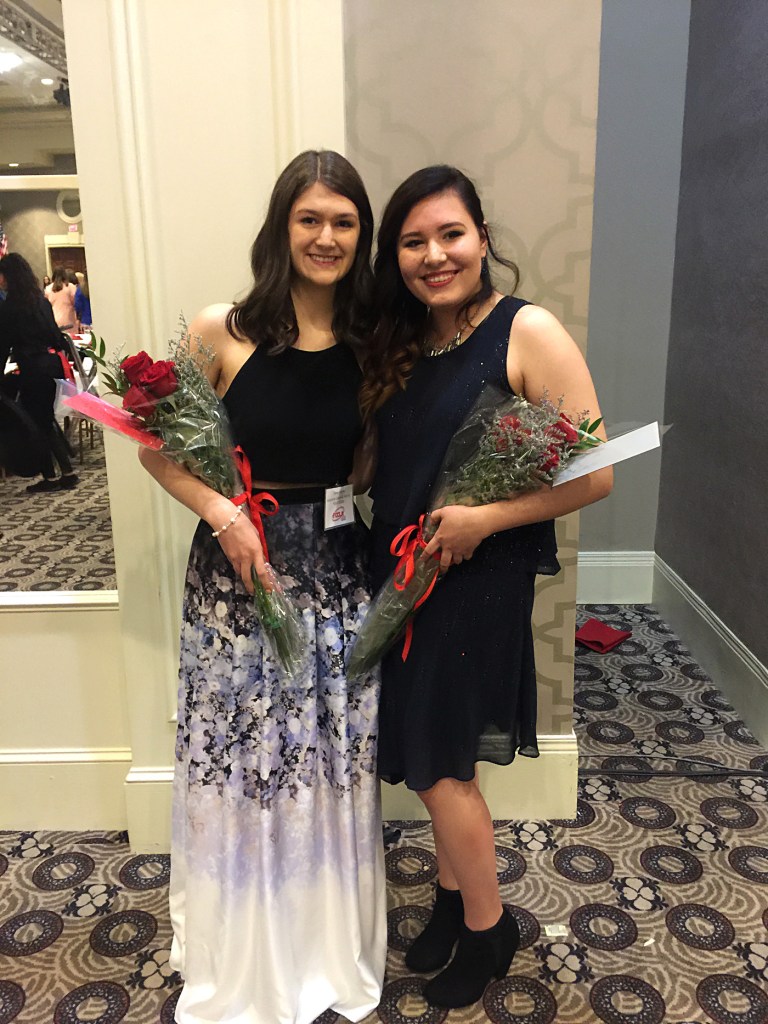 The Jessamine Career and Technology Center Family, Career, and Community Leaders of America (FCCLA) Chapter received recognition, knowledge and something to look forward to this summer at the Kentucky FCCLA State Leadership Conference on March 20 through 22.

Students gained leadership skills as they competed in events and attended workshops and business sessions.

Lauren Baker, Olivia Wright, Hannah Bellew, and Katie Bruner participated in Students Taking Action for Recognition (STAR) competitions. Bruner came in second place for one of the challenges, and will now be among several of her classmates to compete at the national level on July 2 through 6 in Nashville, TN. Alexa Meza was installed as the Kentucky vice president of public relations for the 2017-2018 school year, and Patten Hulette — who will also be competing at the national level this summer — was announced as a national officer candidate.

JCTC’s FCCLA chapter also gave back, as the group raised $1,000 for the Leukemia and Lymphoma Society at a dance at East Jessamine Middle School on March 17. They presented the check to the foundation during the conference.

“I’m just really proud of all of them,” said Jennifer Hulette, family and consumer sciences teacher and FCCLA chapter advisor at JCTC.